The Telstra Smart-Touch 2 has a larger screen than its predecessor, but keeps the same price 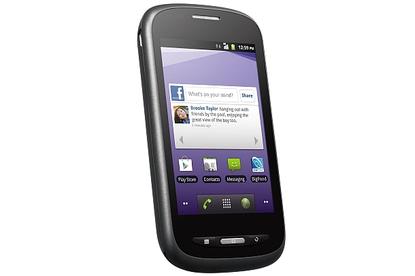 Telstra has updated its budget pre-paid Android smartphone, the Smart-Touch, by introducing an upgraded Smart-Touch 2 model that retains the sub-$100 price point.

"With smartphone popularity soaring, Telstra has introduced the affordable Telstra Smart-Touch 2 for pre-paid customers," said Telstra in a statement. "The Android-powered Telstra Smart-Touch 2 is compact and features integrated Google services like Gmail and Google Maps and access to thousands of applications from the Google Play Store."

The Telstra Smart-Touch 2, once again manufactured by ZTE, runs the 2.3 "Gingerbread version of Google's Android platform, has a 3.5in capacitive touchscreen and features GPS, Wi-Fi and Bluetooth connectivity.

The Smart-Touch 2 also has a 2-megapixel camera that doubles as a video recorder, an MP3 player and comes packaged with a 2GB microSD card for extra storage.

The original Smart-Touch device, launched in March 2011, had a smaller, 2.8in touchscreen that used resistive, rather than capacitive technology and had a slower, 600MHz processor. At the time of its release, the Smart-Touch was the first Android smartphone to break the $100 price barrier in Australia.

The Telstra Smart-Touch 2 is available now exclusively through Telstra stores or online and comes in black or pink colour variants. It is also sold through Dick Smith retail stores.