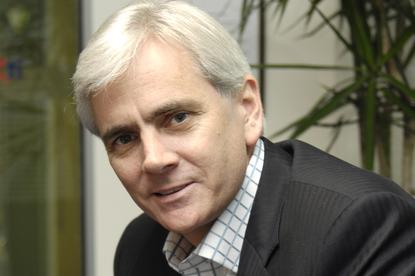 After more than a decade in IT distribution, Avnet general distribution manager, Greg Newham, has left his post in order to invest in a small Aussie start-up, Centryc Solutions, where he will be wearing the sales director hat.

Newham said he’s excited to be jumping into a new market segment, the world of real-time digital marketing and software-as-a-service (SaaS).

The company, which is the brainchild of creator Dave Aicken, has developed a mobile platform, dubbed MeTag, which is well suited to the events market.

“This is a very exciting space; a new space. We’re right on the cusp of something. It could become something huge. We found a niche in the market not being serviced.”

And while excited about his new role, Newham said the decision to walk away from his distribution life wasn’t easy. He shared some company milestones and professional achievements . “I’ve seen a lot in my 11 and a half years. itX back in 2000 was a relative non-descript business – it didn’t have a huge profile. But we brought it up to be one of the top five distribution businesses in the country. We had a high profile, bought a business and then floated it,” Newham said.

The company also scored some big contracts and won some accolades. “Winning the VMware contract was pretty big, and so was being recognised by IBM/Lotus Software internationally back in 2008.”

But there were challenges.

He said the Avnet/itX integration wasn’t all smooth sailing.

“It took a great deal of will on both sides and not without challenges. But we pulled two companies together and put everyone into one office – and onto one billing system. And we managed to hang onto most of the people,” he said, which signals a true success story.

“From my point of view, I did what I wanted to do and it was time for me to move on.”

Asked what he’ll miss most about his distribution days, he said unequivocally it will be the people.

“It was a great job; a high profile job with a lot of responsibility and the ability to run our own business. I will miss the people – after 11 years you form a lot of friendships and relationships with people.”