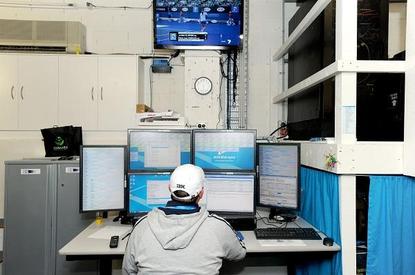 The power of the Cloud is being harnessed by IBM at this year’s Australian Open.

With millions of fans, broadcasters and players worldwide closely following the events at the tennis tournament, ensuring uninterrupted access to content is not a responsibility that IBM takes lightly.

“One of the hallmarks of the partnership with Tennis Australia has been the successful adoption of technology innovation to enrich the Australian Open experience for players, fans and organisers,” IBM Australian Open project lead, Sarah Cole, said.

“Our investment in new technologies has made Grand Slam tennis one of the most sophisticated spectator sports in the world.”

A global private Cloud computing system is being used by the organisers of the Australian Open, Tennis Australia, to scale its data in real time.

The IBM private Cloud, which is hosted in three US-based data centres, has been designed to offer continuous availability even in the worst case of a complete data centre outage.

“The private Cloud solution provides the necessary volume of Australian Open data to anyone in the world at any time, without any excess demand affecting its quality or availability,” said Tennis Australia CIO, Samir Mahir, said.

“This means fans can expect real-time access to more dynamic content even during the busiest periods of the competition.”

The tournament’s data infrastructure and server migration has been virtualised by IBM to give Tennis Australia a means to quickly scale up and down to meet the changing demands of the large scale event.

While Tennis Australia operates a small and medium size business during most of the year, Mahir points out that the organisation becomes “a large global enterprise” during the two weeks of the Australian Open every January.

“Elasticity of computing power is critical when you’re dealing with audiences of such a significant tournament,” said Mahir.

Some of the advantages of IBM’s private Cloud form Tennis Australia is the ability to meet peaks and troughs throughout the course of the Australian Open in a flexible and cost-effective way.

As an example of this, Mahir points to the ability this year to provision a new web server and move a live application workload from one IBM Power System to another in mere minutes.

IBM’s SlamTracker scoring and analysis tool is also being used at the tournament to delivers match stats across all courts, as well as live text commentary and a momentum visualiser for selected matches.

The SlamTracker technology in particular demonstrates how far technology used at the tournament has progressed.

While IBM has already released an iPhone app that enables users to access live scores, highlights and news from the tournament, the Android version of the app has also seen release with this year’s event.

“All our tennis fans are important to us, whether they are at the event or watching from home, and we want to give a connected experience for the Australian Open,” Mahir said.

IBM’s implementation of the Cloud at the Australian Open is part of its technology partnership with the international Grand Slam tennis tournament, which is now in its 19th year.

Other tennis Grand Slams in the US, UK and France have adopted IBM’s private Cloud technology to meet the scalability and data integrity needs of the events.