The workplace of the future will have no “employees”: VMware 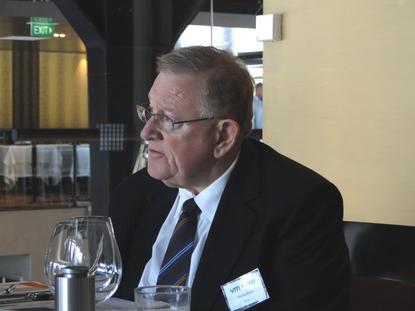 Employees as an entity will become a relic of the past and instead pave the way for an army of ‘free agents’ that will bond into more inclusive and collaborative teams, according to VMware.

The Cloud provider recently held an industry panel in Sydney that explored how a technology ‘agnostic’ age, underpinned by Cloud computing, will shape the future of the Australian workforce and society as a whole.

The research quoted during the panel highlighted that working hours for males has remained unchanged for centuries at 75 to 80,000 hours in a lifetime, and it is expected to stay the same during the 21st century.

According to Ruthven, what has changed is that in 1800, workers put in 3000 hours per year over 25 years compared to today’s 1500 hours over 50 years - and they still have time for a retirement period of more than 10 years.

However, he pointed out that people lived shorter in those days, with an average life expectancy of 38 years.

In contrast, employees in 2011 have two months off a year with a month of annual leave, and a month of public holidays and sick leave.

According to the ABS, if unpaid work is added to paid work, then females now have the same lifetime of work as males.

The panel moved on to compare the workforce’s growing need for freedom to the “end of bondage”, with employees transitioning from “slavery to independence.”

Slavery, dating back millennia, began to be abolished around the 12th century in England and was replaced with bondage in many countries, as well as with crofting, indentured labour and apprenticeships, and the Industrial Age brought about the modern employee and a new type of bondage in the form of unions.

The justification for this observation was that the new Infotronics Age from the mid-1990’s saw the diminished role of unions and employer bodies as representative of workers and employers, further pointing to a sign a increasing independence.

As a result, the panel expects that the term “employee” will probably disappear in the second half of the 21st century as workers transition into becoming their own business, with full time workers being replaced with part-timers and freelancers who will negotiate with other businesses on a contractual basis.

This new order, which emphasises payment for “outputs not inputs,” is already rearing its head in the local job market, with the Internet-savvy “net generation” already headlining this dramatic shift in the workforce.

While the panel was optimistic on this shift leading to workers-cum-businesses bringing about a good balance between wages, profits, and freedom, the common warning among the panellists was that individuals will need advice and guidance in becoming safely and fairly independent.

Part-time and casual workers now represent 28 per cent of the Australian workforce, second only to the Netherlands, and technologies such as the Cloud have contributed to the erosion of the geographic imperative.

As a result, more people are working partially or completely from home, or remotely from the office, and this pattern is accelerating as ICT continues to evolve through the adoption of fast broadband, Cloud computing, the Internet, search engines and emerging knowledge engines.

With an estimated 1.4 million people, or one in eight workers, working from home in Australia, VMware expects this to grow in the future and be further enabled by the Cloud as people have greater access to the tools and data they need for their work.

With trends like these, VMware and IBISWorld are convinced that one day the term “employee” will be relegated to the history books as workers will morph into businesses in their own right, and in the process, discarding “the last vestige of bondage.”

According to Ruthven, it might happen as early as this century, and when it does the challenge for businesses will be how to have a robust organisational culture as the workforce becomes increasingly “virtual in a digital age.”

“People will be taking a big risk with all that freedom, as we will be moving into an area that we don’t know how to control, creating a world where there is an equal amount of opportunities as there are challenges,” he said.