Accolades recognises the winners at this year's ARN IT Industry Awards - the best of the best. Over the course of the next few weeks, ARN will be running their stories. ARN continues to recognise the vendors that work hard to engage actively with their distributor and reseller ecosystem. This year’s award winners have assisted in helping partners transition to complex new business models such as the annuity billing that cloud computing demands, and provided solutions and channel programs to help their partner’s profitability.

This year’s Best Emerging Technology Initiative recognises the huge impact managed services has had on the channel by rewarding a vendor that has been hugely effective in engaging with partners in making that transition.

IBM, Hardware Vendor of the Year 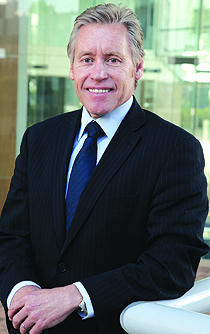 IBM has taken the reins this year in winning the Hardware Vendor of the Year for the first time, unseating HP in the category who have held it since the beginning.

The vendor’s systems and technology group business partner director, Phil Cameron, said coming up with a new plan to renew the company’s hardware channel focus last year was a key business priority in keeping up with changes – that led to its win.

“It’s a key initiative back inside IBM to really grow our partner business and we did this by growing our partner programme, our enablement and hardware products. That’s gone a long way in being recognised by our partners,” Cameron said.

The renewed channel focus, especially around the Cloud, also provided IBM’s partners with clarity on rules of engagement as it focused on its mid-market partners and aligned the mid-market team in IBM with the partner community.

According to Cameron, there is a lot of growth in the channel – especially in the mid-market and small business space. It intends to soon aggressively gain share in that marketplace and utilise its newly signed distributor, Synnex, in addition to Ingram Micro and Avnet to do so.

Cameron said the team intends to work twice as hard to grab the award again next year as its strategic plans have only just begun.

“We’ve had a solid history with the Australian hardware channel for a long time, but we have to keep refreshing that and be relevant in the business battle of today,” he said.

“We’ve developed special programs to allow partners to build the skills they require and take advantage of these market opportunities because that is part of our 2015 roadmap – of business analytics, Cloud and smarter computing.”

It will also be investing in additional channel resources for IBM partners in regional Australian areas and major cities in 2012. The company is currently in the midst of setting up a team to look into it.