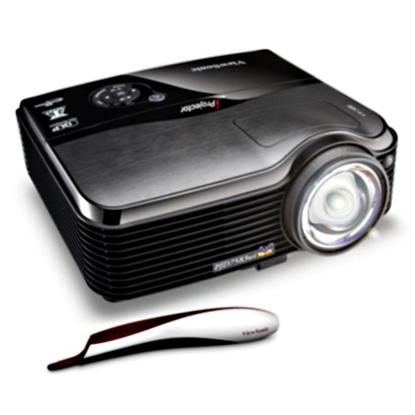 The 3D-ready ViewSonic 7 Series five-model range (consisting of the PJD7382, PJD7383, PJD7383i, PJD7583w, and PJD7583wi) is specifically targeted at education environments. It includes a small throw ratio, projecting 80-inch images from one metre away at a 1024x768 resolution at 3000 lumens, with Digital Keystone Correction which square images to correct proportion.

The 7 Series enhances participation by providing an interactive whiteboard. The 7 ‘i’ Series in particular contain a PointBlank pen that enables users to write onto the projected image. The range also has a microphone input, and is equipped with Crestron network control .

It operates at up to 5000 ANSI lumens with a 3000 to one contrast ratio, and has a 3000-hour lamp life in eco-mode, reducing cost and maintaining performance. The 8 series operates with Crestron advanced network control, enabling simple monitoring and maintenance.

Prices for the ViewSonic 7 Series five-model range and ViewSonic 8 Series is available from $1999.