The hacker group says it has posted e-mail addresses and passwords of 90,000 members of the military 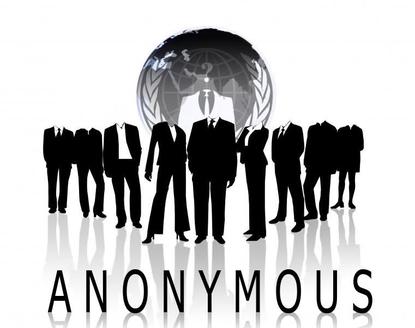 Booz Allen isn't commenting. "As part of @BoozAllen security policy, we generally do not comment on specific threats or actions taken against our systems," the company said via its Twitter feed.

In addition to the e-mail addresses, which Anonymous suggests expose members of the intelligence community, the group also posted other data it said could potentially offer access to other government agencies and contractors.

"We infiltrated a server on [Booz Allen's] network that basically had no security measures in place," Anonymous said in a statement, posted to the torrent site where it uploaded the data.

The group warned on Sunday that it planned new activity. Via the @anonymouSabu Twitter account, it wrote: "ATTN Intelligence community: Your contractors have failed you. Tomorrow is the beginning."

It also said there would be two releases of information on Monday.

Anonymous and another hacking group, LulzSec, have been attacking government and law enforcement targets for a couple of months as part of a campaign they call "Antisec." Anonymous broke into an Arizona police system and released e-mails from there. It also attacked Turkish government websites. Authorities in several countries, including Spain, the U.K. and Turkey, have arrested people they say are affiliated with Anonymous.

LulzSec has disbanded following member arrests. It had attacked networks of the U.S. Central Intelligence Agency, the U.S. Senate and the U.K.'s Serious Organized Crime Agency.