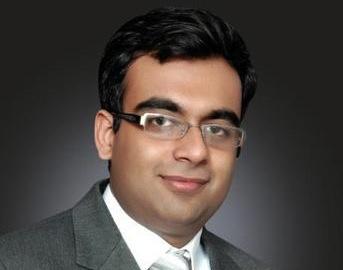 The service quality at top Indian outsourcers is dropping as they scramble to hire staff to cope with an unexpected surge in demand, analysts said.

Customers abroad are reporting that some outsourcers are sending staff with lesser experience than before to customer sites, leading to delays and poor quality. Outsourcers are even finding it difficult to provide people with basic skills like Java or .Net programming, because their "bench" of staff on stand-by is reduced, said Jimit Arora, research director at Everest Group

The top five Indian service providers -- Wipro, Infosys Technologies, Tata Consultancy Services, HCL Technologies, and Cognizant Technology Solutions -- have had rapid growth in the last few quarters, but the growth has taken its toll on some of them, Everest said in a report.

Quality of service from Indian providers has been dropping for about two years, said Sudin Apte, principal analyst and CEO of Offshore Insights.

Some customer dissatisfaction might be expected, as Indian outsourcers start working on large, complex projects for which getting full customer satisfaction is always an issue, Apte said.

But as outsourcers look to recruit staff from India's small towns and lesser-known educational institutions, quality is bound to fall despite the efforts by companies to train people in-house, he added.

As staff attrition in some companies has gone beyond 15 percent, there will also be some disruption in the teams working on client projects, as there is a learning curve for new people assigned to the job, Apte said.

A number of customers polled by Everest are considering switching suppliers for new work, Arora said. But that seems unlikely, said Apte. Customers really have no option as India is the only location that can deliver staff by the thousands to work on their projects at a low cost, he added.

Small quality issues may have arisen as outsourcers hire more junior staff to cut costs, but these are unlikely to impact the services that are delivered to customers, as engagements tend to be very structured with service level agreements, one analyst said on condition of anonymity.

The quality issues may have got accentuated after Indian outsourcers saw a surge in demand last year for which they were not prepared. At the peak of the economic crisis in late 2008 and most of 2009, most service providers implemented a freeze on hiring and deferred joining dates. When demand picked up last year, some companies were not prepared, Arora said.

S. Gopalakrishnan, CEO of Infosys, said the company was not able to take up some projects in the last fiscal year ended March 31, because of difficulties in staffing them. The company hired last year 43,000 staff as against a projection of 30,000 staff at the beginning of the fiscal year.

Large scale hiring planned by outsourcers from this quarter is likely to make hiring and retaining quality staff more difficult, Arora said. Infosys plans to hire 45,000 staff in its current fiscal year. TCS said it would hire 60,000 staff in the year.

It is critical for Indian outsourcers to hire large number of staff because they operate on a model called time-and-materials, where the customer pays for the number of staff working on its projects. An attempt by Indian outsourcers to move to other pricing models, including some based on business outcomes for the customer, has not progressed fast enough because customers are also trying to understand how to structure such contracts, Arora said.