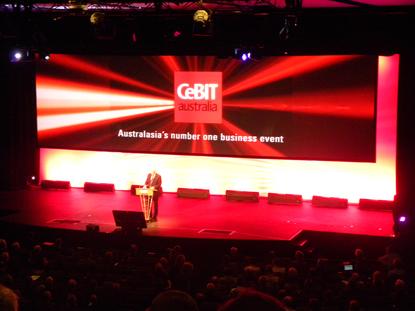 Communications Minister, Senator Stephen Conroy, has launched the long awaited Digital Economy Strategy which plots out how the Federal Government aims to leverage the National Broadband Network (NBN) to drive productivity in the Australian economy.

The Government defines the digital economy as a globally connected network of economic and social activities enabled by information and communications technology. The Digital Economy Strategy encompasses goals for eCommerce, eHeath and distance education.

Speaking at CeBIT 2011, Senator Conroy announced the strategy which contains eight goals the Government plans to achieve by 2020. These include:

The Government will invest $23.8 million over three years for a Digital Communities initiative with a focus on building digital hubs in the 40 communities to first benefit from the NBN. The hubs will allow residents in those areas to gain training in digital skills.

A digital enterprise program will also invest $12.4 million over three years to a Digital Enterprise program which will help businesses and non-profit groups with cutting costs through improved online participation.

In the telehealth front, the Government will provide $3.5 million for video-conferencing medical monitoring services trials for people with type-2 diabetes in Townsville.

To assist better communication of the benefits NBN will provide to communities, the www.nbn.gov.au will be revamped to include two informative videos, one of which was showcased at CeBIT.

“[The website] explains the benefits of the NBN and answers people’s questions about the NBN and what that means for them,” Senator Conroy, said. “It also provides for those who are already advocates of the NBN with tools and materials to get the message out.”

The NBN is slated to cost around $36 billion to complete.