After more than five years in the top role, Gordon Makryllos departs in June

After more than five years in the top role, APC Pacific vice-president, Gordon Makryllos, will be moving on from the vendor. 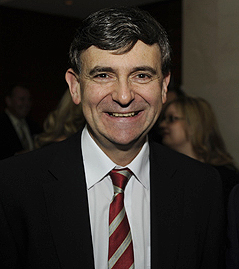 He will finish up in mid-to-late June.

No successor has been named at this point, but the vendor will be looking internally and externally for the right candidate.

Makryllos joined APC in 2005. His extensive experience in the IT industry includes roles at Siemens, HP, IBM, PictureTel and Telstra.

“It has been one of my best career moves. I came in to turn it around and I’ve achieved that,” he said. “When I first joined APC we were about 30 people and we’re now 220. APC is in a very powerful position.”

Makryllos said he will still stay within the IT industry and will be starting a new role in mid-July.

During his time with the vendor, Makryllos said he played an instrumental role in growing its business and market share in A/NZ; building a strong team as well as leading the businesses through its transformation and change.

Some of the key lessons Makryllos learnt during his time with the vendor were centred on having a strong transforming vision, and a strategy on how that vision will be implemented as well as enabling and hiring the right people.

“It’s about doing the right thing by people - development, coaching, mentoring and hiring the very best,” he said.

“It’s also been very customer focused and getting the strategy and vision right. When I joined, my vision was to turn APC into the leading datacentre company.”