Obama unvarnished: Government IT is 'horrible'

The president, in an unguarded moment, shares his criticisms of government IT operations 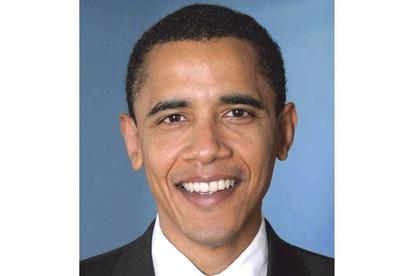 President Barack Obama has never been a big fan of government IT. Now we know the depth of his discontent.

Government IT, across all agencies, is just "horrible," Obama said at a fundraiser in Chicago last night.

Obama's quip about federal IT wasn't meant for the public.

The president spoke about a range of issues, mostly related to the federal budget, at the private fundraiser. But a microphone was left open and reporters covering the event heard his comments.

Among them was Mark Knoller, a reporter for CBS, who twittered away as he listened to the Obama's remarks.

Tweeted Knoller: "Obama said he thought that as president, he'd have some "cool phones and stuff" in the Oval Office, but now he says "we can't get our phones to work!"

And: "Pres Obama said the govt's IT ' is horrible .' He said that's the case 'across the board:' at the Pentagon, Homeland Security, the agencies."

Upon taking office, Obama indicated that that he was more interested in continuing to use his BlackBerry than in getting a "cool phone."

"It's just one tool among a number of tools that I'm trying to use, to break out of the bubble, to make sure that people can still reach me," said Obama about his Blackberry to CNN in 2009.

At the time, there were hints of frustration by the president.

Four months after taking office, there were reports that Obama was getting a Blackberry with presidential-grade security.

Until Obama's unguarded moment yesterday, most of the administration's criticism about government IT was delivered by Vivek Kundra, the federal CIO, and an Obama appointee.

Kundra has complained broadly about all aspects of federal IT, but especially big contract boondoggles and contractors who remain on the payroll indefinitely.

In memo to the heads of federal departments just last July, Kundra wrote that federal IT "projects too often cost more than they should, take longer than necessary to deploy, and deliver solutions that do not meet our business needs."

Included in that memo was an order from the White House to end spending on about 30 financial systems that were costing the government some $3 billion in development costs.

Kundra has been consistently critical of the government's pace of technology adoption, faulting it in 2009 for not moving to cloud services or social network-like platforms for information sharing. "We don't' have a single platform that allows you to do that," he said.

Kundra has been emphasizing cloud computing, IT consolidation, and other steps to modernize government technology platforms.

Patrick Thibodeau covers SaaS and enterprise applications, outsourcing, government IT policies, data centers and IT workforce issues for Computerworld. Follow Patrick on Twitter at @DCgov , or subscribe to Patrick's RSS feed . His e-mail address is pthibodeau@computerworld.com .

Read more about it in government in Computerworld's IT in Government Topic Center.