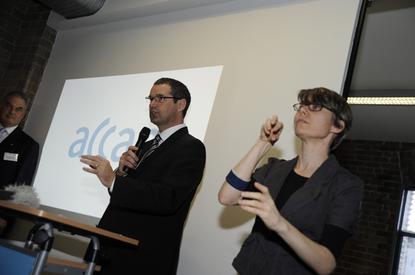 The NBN: Guide for Consumers website was the result of collaboration between the consumer group and the Internet Society of Australia (ISOC AU).

While there has been a lot of focus on the behind the scenes work of the NBN, including the technology used, points of interconnect (PoI) and wholesales prices, considers have had limited access to simplified information on the $36 billion network.

“This is away from geek talk, away from politician talk and away from policy talk and really sets out simply what can be expected from the NBN,” Communications Minister, Senator Stephen Conroy, said at the launch event in Sydney. “Until now a great deal of information - and misinformation – about the NBN has focused on the broader vision of the project and implications for Australia.

“It is important for people to understand why the NBN is so important and how it will change lives and provide enormous benefits... and this guide goes the next step.”

ACCAN took great care to the guide is simple to understand so the ‘mums and dads’ demographic as well as the elderly will find it easy to digest.

The guide comes in a condensed hard copy format which will be distributed to ACCAN members. The complete guide can be found online at www.accan.org.au/NBNguide.php.

In other NBN news, NBN Co released the list of 12 ISPs participating in the mainland NBN trials this morning.