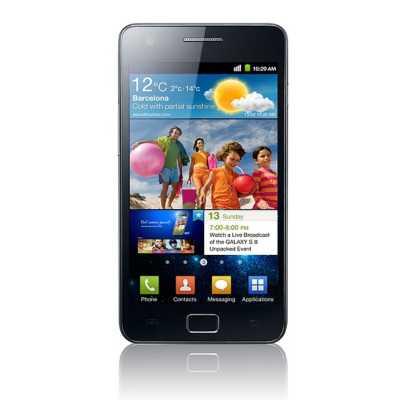 Hoping to make Android more attractive to security-minded CIOs, Samsung has added encryption and integrated Cisco's AnyConnect VPN client on its latest smartphone, the Galaxy S II, it said on Sunday at the Mobile World Congress.

The encryption is implemented on the phone's hardware to improve performance, according to Samsung. Data stored on both the internal and external storage can be encrypted. Security features are not much use for an enterprise without the ability to manage them, so Samsung also announced it has partnered with Sybase on mobile device management.

Using Sybase's Afaria platform, an IT department can enforce device encryption. Other features include the ability to control what applications are installed on the Galaxy S II or if the user is allowed to use the camera, the Bluetooth or the Wi-Fi connection.

While Sybase is helping Samsung to protect data on the smartphone, Cisco helps protect corporate data, including e-mail and virtual desktops, between the Galaxy S II and the enterprise network. Cisco's AnyConnect client is used by more than 40 percent of enterprises, according to Samsung.

The partnership with Cisco includes integration of its online conferencing platform WebEx and the Mobile client on the Galaxy S II, as well. The latter allow users to make voice over Internet Protocol calls via a Wi-Fi network. Using WebEx, Galaxy S II owners will be able to view shared desktops, browsers, applications and documents with live annotations. Meetings can be started directly from the address book.

The last part of Samsung's push to make the Galaxy S II more enterprise friendly is its implementation of Microsoft's Exchange ActiveSync protocol, which will, for example, allow users to look for contacts using Exchange's Global Address List, while also being able to synchronize e-mail, calendar, contacts and tasks.