Cisco has invested in Tilera, a developer of multicore processors for cloud computing and communications 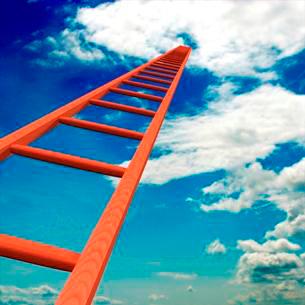 Cisco has invested in Tilera, a developer of multicore processors for cloud computing and communications, as part of the chip maker's $45 million round announced this week.

Founded in 2004, Tilera makes general purpose multicore processors for networking, wireless, and multimedia infrastructure applications. Tilera's processors are based on the company's iMesh architecture, which is designed to scale to hundreds of RISC-based cores on a single chip.

It is not clear if Cisco will use the Tilera technology or if its investment is simply that -- an investment. If it did use the technology, the Tilera processors could emerge in a future generation of Cisco servers for data centers and cloud computing environments.

But Cisco has invested or acquired other chip companies through the years, like Celeno, which makes semiconductors for multimedia home networking; Procket Network, which made high-speed packet processors for routers; and CoreOptics, which makes digital signal processors for 100Gbps optical transport networks. The Procket technology is at the core of Cisco's QuantumFlow processor, which debuted with the ASR 1000 router line in 2008 and is also included in the new CRS-3 core router.

Tilera has been shipping multicore processors since 2007 and has two product lines: TILE64 and TILEPro processors, with another -- the TILE-Gx line -- planned for early 2011. A TILEPro based 512-core server is now available and TILE-Gx, which includes a 100-core processor, will begin sampling this quarter.

Tilera said it is operating near breakeven and expects to reach profitability later this year. The $45 million round will be used to accelerate the development of its fourth-generation processor line, expand sales and marketing, and develop other new products.

The round was led by Artis Capital Management. In addition to Cisco, the round included WestSummit Capital Management and Comerica Bank; existing investors Walden International, Bessemer Venture Partners and Columbia Capital; and Samsung Venture Investment Co.

Tilera is headquartered in San Jose, with offices in Westborough, Mass., Yokohama, Shanghai and Beijing.