The smartphone may come with a better display, camera and faster Internet access 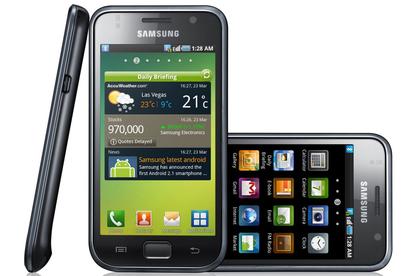 A Samsung Mobile website is promising the arrival of "something big" on Feb. 13, which also shows an obscured image of the upcoming device next to the Samsung Galaxy S.

Besides the date and the promise of a teaser to be made available on Feb. 1, the site doesn't provide any technical details.

However, products launched at CES give an idea of what Samsung may have up its sleeves for the Samsung Galaxy S successor. For example, upcoming smartphones from Verizon and AT&T -- an unnamed LTE (Long-Term Evolution) phone with a 4.3 inch screen and the Infuse 4G with a 4.5 inch screen -- have a Super AMOLED Plus screen, which is supposed to deliver a display quality that surpasses the existing screen on the Galaxy S.

The U.S. smartphones also hint at the addition of an 8-megapixel camera with a LED flash, an HDMI connector and 1080p video recording, all of which are becoming more common features on high-end smartphones.

Another likely addition is a dual-core processor, according to Geoff Blaber, analyst at CCS Insight. Samsung is developing its own processor called Orion, which contains a pair of 1GHz ARM Cortex A9 cores.

Samsung has in the past stated that Orion will be available to "select customers in the fourth quarter of 2010" and will go into "mass production in the first half of 2011".

Some reports also state that the phone will come with Android 2.3 and NFC (Near-Field Communications) technology.

What kind of technology for mobile Internet access the smartphone is equipped with remains to be seen. A faster version of HSPA (High-Speed Packet Access) is likelier than LTE, according to Blaber.

If Samsung added LTE, it would only be able to sell the product via the small number of European operators that have launched networks based on the LTE, Blaber said. But never say never, he adds.

A faster version of HSPA could offer speeds at up to either 14M bps (bits per second) or 21M bps, which are becoming increasingly common in operator networks.

The Samsung site states that "evolution is fate". The word evolution is of course the "e" in LTE, but HSPA+ is also known as HSPA Evolution.

Blaber also expects that the successor to the Galaxy S will come bundled with more content, including movies and books, in a bid by Samsung to differentiate its flagship smartphone from other Android-based products. Content is a more long term differentiator than additions to the Android user interface, Blaber said.

Samsung's planned announcement on Feb. 13 comes just before the Mobile World Congress opens its doors, a tradition for the company. Samsung will compete that day for attention with Sony Ericsson, which is expected to launch an Android-based PlayStation smartphone.