Between tweeting on our TVs and banking on our smartphones, the future is a very strange place. 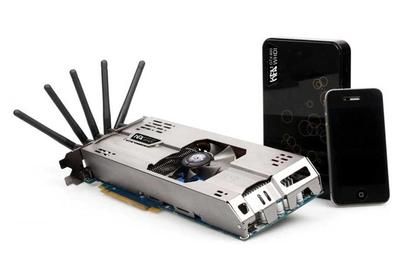 With a processor speed of 1.35GHz, 1024MB of memory, and 336 cores, we only hope that your wireless network is up to the task of transmitting all those polygons and pixels from the card to your display.

Do you think wireless GPUs have a future? Sound off in the comments!