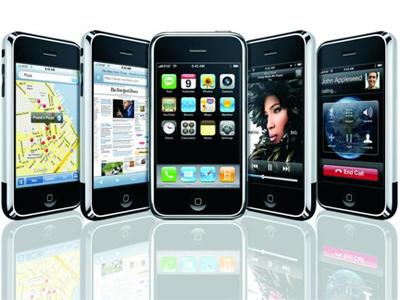 The Verizon iPhone, the biggest myth of the tech world for the past few years, would sell nine million units in 2011, stealing many customers from AT&T, according to a note from analyst Gene Munster sent to AppleInsider. Rumored to arrive sometime in early 2011, the Verizon iPhone would break AT&T's iPhone exclusivity, leading many consumers to switch to Verizon's network.

Neither Apple nor Verizon has said when, or whether, there will be a CDMA iPhone, though various unconfirmed leaks say at least a prototype of the device exists. With that in mind, Gene Munster of Piper Jaffray predicts that Verizon will sell about 25 million smartphones in 2011, and around nine million of those will be iPhones, the majority of which will be purchased by AT&T customers.

Munster also believes that AT&T and Verizon will combine to sell around 20 million iPhones next year (AT&T 11 million and Verizon nine million). This calendar year AT&T is expected to have sold almost 16 million iPhones, and the analyst predicts that if the carrier maintains its exclusivity with Apple in 2011 as well, AT&T could sell almost 18 million iPhones.

Judging by these figures, if Apple decides to partner with Verizon for a CDMA iPhone, it would manage to sell at least two more million iPhones next year. Munster also predicted that though initially a Verizon iPhone would cannibalize AT&T iPhone sales in 2011, balance would be restored by 2012, when he estimates AT&T and Verizon would both sell around 14 million devices each (out of total global sales of 79 million).

Munster's predictions are historically patchy at best, however they corroborate the findings of a survey by Morpace Omnibus done this year. The poll found that more than half of all Verizon subscribers are likely to buy an iPhone on the carrier's network. The survey also found 23 percent of current AT&T customers would go for a Verizon iPhone, as well as 22 percent of current Sprint customers and 20 percent of T-Mobile customers.

In contrast, Reuters reports that analysts at Nomura Equity Research said they expect AT&T to lose at least 2.2 million subscribers to the Verizon iPhone, but AT&T could have a net positive impact on earnings because of the early termination fee revenue. Currently, only those who bought an iPhone 3G two years ago would be eligible to switch to a Verizon iPhone in January free of charge. Otherwise, AT&T charges up to $325 for early termination fees of a contract (more than you paid for the iPhone originally, without subsidy).