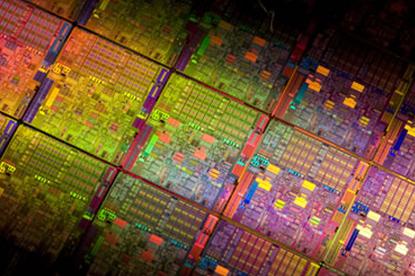 Intel engaged in high-level talks with Russian officials and ultimately said it would pull research and development work from the country unless it could get around Russia's tough encryption import laws, according to a U.S. Department of State cable published by WikiLeaks.

The Nov. 3, 2009, Moscow Embassy cable describes the intensive lobbying efforts required to get cryptographically secure hardware into the country for use by Intel's 1,000 Russian engineers.

"Intel was able to by-pass the cumbersome licensing process by engaging in high-level lobbying and capitalizing on Russia's desire to become a 'knowledge-based' economy," the cable reads.

Some countries put a limit on, or even ban, devices entering the country that can store encrypted data, such as laptops and mobile phones. That can make it hard for technology companies with employees working abroad to lock down their intellectual property.

According to the State Department cable, the issue was a deal-breaker for Intel, which told Russian officials that unless it could quickly import encrypted development kit hardware, it would have to lay off more than 200 engineers and move R&D work to India or China.

"This high-level lobbying secured Intel a meeting with key FSB (Federal Security Service) officials," the cable states. "Intel was able to demonstrate the reasonableness of its request and, as a result, by-passed the current extensive licensing requirement."

The waiver may have been good news for Intel, but because the underlying regulations remained in place it did not "appear to represent a breakthrough in the importation of commercial products with cryptographic content," the cable states.

Former Intel Chairman and CEO Craig Barrett met with Russian Federation President Dmitry Medvedev to discuss "this and other issues," said Intel spokesman Chuck Mulloy in an e-mail. "We didn't threaten anyone," he said. " We lobbied and negotiated with the Russian government on behalf of ourselves and OEMs and distributors to make it easier. This is all routine stuff when it comes to dealing with governments around the world."

Both the FSB -- Russia's state police service -- and the Ministry of Economic Development and Trade must sign off on encryption import licenses -- a six-month process that involves laboratory analysis. Russia agreed to streamline the process in 2006 but had not done much to fix the problem, the cable states.