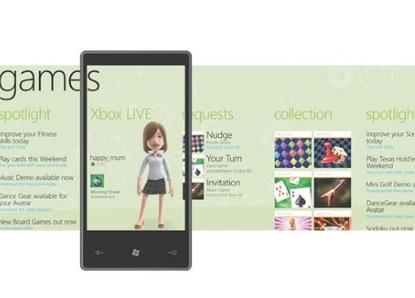 As expected, Windows Phone 7 doesn't have a lot of apps at launch, but new data suggests the count is growing quickly.

According to Italian website MyLostBlog (via TheNextWeb), the Windows Phone 7 Marketplace now has 1,636 apps. That's a 37 percent increase since November 1, when 1,191 apps were available.

I'm not sure where MyLostBlog's data comes from, but other reports suggests that WinPho7 reached the 1,000 app milestone on October 26 -- roughly in line with the blog's statistics. Although MyLostBlog uses the Italian store for its data, it notes that 1,503 apps are in English, with the remaining apps in Italian, Spanish, French and German.

Apps are the lifeblood of modern smartphones, so any new platform will naturally have a disadvantage against the iPhone's 300,000 apps and Android's 100,000 apps. The important thing to look at is growth. At this rate of 55 new apps per day, Windows Phone 7 should roughly double its app count in a month, and more than 20,000 apps in a year. Of course, the actual growth rate is going to fluctuate, but, so far, I think Microsoft's outreach to app developers is paying off.

MyLostBlog has some other interesting stats on the Windows Phone 7 Marketplace. Currently, 468 apps are free, and 751 apps cost 1 Euro (about $1.40, though this price will likely translate to $1 in the United States). Games are by far the most popular category, with 427 apps, followed by tools (200 apps) and entertainment (176 apps).

As for app quality, well, your mileage will vary depending on particular interests, but Windows Phone 7 hits most of the basics, such as Facebook, Twitter, Yelp, Shazam, IMDB and Netflix. There's also a car finder, tons of task managers, tip calculators, Xbox Live games and, of course, a whole medley of fart apps.

The only big blind spots I see right now are VoIP apps such as Skype and a wealth of music apps, such as Pandora, MOG, and your favorite big city radio station. (Zune Pass, Last.fm and Slacker Radio are the main options right now.) Again, this comes down to your own preferences, but chances are Windows Phone 7 will be missing something you'd like to have. For example, Paypal and some banks now let you cash checks from the iPhone. Every phone needs this.

If Windows Phone 7 keeps up the app growth and continues to woo major players, it might just have a chance at competing with the Android Marketplace and the iPhone App Store.