Lenovo to release tablet, IdeaPad U1 hybrid PC in 2011 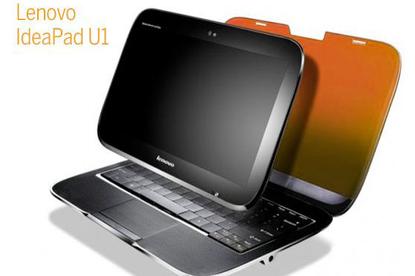 Lenovo plans on releasing a tablet PC as well as its IdeaPad U1 -- a hybrid computer that can function as both a laptop and tablet -- to the worldwide market during the first half of 2011, said the company's senior business director, Xiong Wen.

Lenovo will first sell the two devices in its domestic China market at the end of the year, Wen said on Thursday at the Zhongguancun Innovation Expo 2010 in Beijing. Lenovo is China's largest PC maker

The Chinese company first announced it was working on a tablet PC back in July. But not much is known about the device other than it will run the Android operating system and is called the "LePad."

Lenovo's IdeaPad U1 was unveiled to the public in January. The company called it "the industry's first hybrid PC for consumers." The device features a detachable touchscreen that can be used as a separate tablet PC. The retail price was estimated at the time to be $US999.

Lenovo, however, originally planned on releasing the hybrid device this past June, but delayed its launch because the product did not meet company standards.

The release of Lenovo's two devices would come as more Chinese companies are entering the tablet industry. Network and phone suppliers Huawei and ZTE have released to overseas markets tablets that can make phone calls.

Other Chinese companies like Aigo and Hanvon Technology have already launched their own tablet devices in the China market. Earlier this year, Hanvon released two tablets -- one which runs on Windows 7, the other on Windows XP -- that cost at $900. The device is already being sold overseas.

Last month, Aigo launched a series of smaller tablets, some from 4.8 inches to 7 inches in screen size. The tablets, however, are only available in China. During Thursday's expo in Beijing, Aigo showed off one of the devices, which ran on the Android operating system and cost $300. The company plans on releasing in November a more powerful tablet that can use a 3G connection and make phone calls.