Rumors of tiny square-shaped iPod Nano are becoming more convincing by the day. 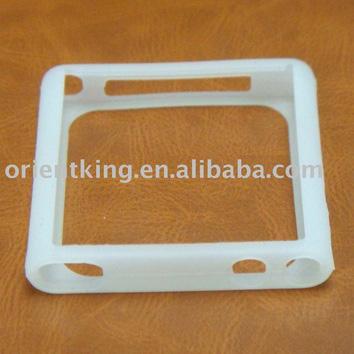 Apple may be losing its knack for keeping secrets, as rumors of a tiny, square-shaped iPod Nano become more convincing by the day.

If the rumors are correct, Apple's next iPod Nano will have a 1.2-by-1.2-inch screen, a 30-pin dock connector like the ones found on larger iOS devices, and little room for anything else. (Image courtesy of AppleInsider)

Without the click wheel of past generations, the iPod Nano could use touch controls, effectively making it a mini iPod Touch. But AppleInsider, which spotted the latest evidence from Chinese parts suppliers, speculates that the sixth-generation Nano could have inputs on the rear or earbud-mounted buttons like those of the last iPod Shuffle. 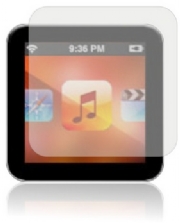 The latest evidence comes from parts supplier Alibaba.com, which now sells screen protectors and silicone cases in bulk for the supposed iPod Nano. The cases suggest that the Nano will have two buttons on top, probably for volume, plus a 30-pin dock connector, headphone jack and a lock switch or button. Last week, a Chinese case vendor, X-Doria, showed cases for what it claimed was the next iPod Nano and a new iPod Touch. A rumored photo of the screen itself also surfaced in July.

Compelling as this evidence may be, Apple can also prove unpredictable in the days leading up to its new iPod launches. A camera-equipped iPod Touch seemed like a foregone conclusion last year, after rumors surfaced months earlier, but then the iPod Nano got a video camera instead. A teardown of the iPod Touch revealed a camera slot, but defective parts could have prompted a last-minute removal. (Apple's official line: the camera was taken out to make the iPod Touch cheaper.)

But in this case, the case redesign is so drastic, and evident in enough sources, that a device of this shape seems like a safe bet for Apple's music-themed event on Wednesday. The only potential curveball would be an iPod Shuffle with a square screen, or the death of the iPod Shuffle in favor of this do-it-all music player.