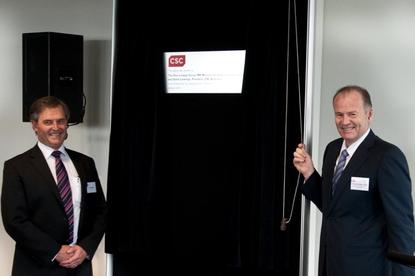 Systems integrator, CSC, has opened a new office in Docklands, Victoria. It currently has 450 staff and is designed to handle up to 700.

IT outsourcer, CSC, claims its new office in Docklands, Victoria will boost its investment in the state by $78 million over the next 10 years.

The office was officially opened by Minister for Finance and Deregulation, Lindsay Tanner, and will house 450 employees who previously operated out of three locations. There were no staff cuts made during the process.

According to CSC CFO, Wayne Banks, the building was constructed after a feasibility study and employee survey identified Docklands as the most ideal choice thanks to its access to public transport, cycle ways and shopping facilities.

“The planning for this started three years ago. This is the second-last in a row of national consolidations programs. In most other capital cities, we have now got all staff in single locations,” he said. “Canberra is the next one. We have two major facilities there and we’ll be looking to consolidate.”

The new office has a range of features including dark fibre connectivity, high-definition video telephony, FollowMe printing and egg chairs. There is also an “encounter space” with kitchen facilities, which Banks likened to a Qantas lounge that allows employees to meet and relax.

“As we’ve consolidated buildings around the country, bringing people from different business units together really adds value to what we do,” he said. “The services we provide out of this office are a range of infrastructure applications and consultative services that we do in other locations.”

CSC recently scored a number of high-profile wins. Western Australia’s Department of Corrective Services signed a deal with the integrator worth $4.3m, while BlueScope Steel signed a four-year agreement for the provision of IT services.

Gavin Larkings was recently named as its new president while Brad Freeman was brought on as its vice-president of global business solutions.