HP to buy struggling Palm for $US1.2 billion 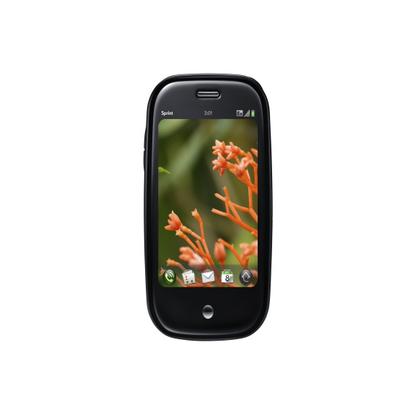 The announcement, which came just after the U.S. stock market closed on Wednesday, follows rumors this week of a number of suitors, including Lenovo and HTC, vying to buy the iconic brand.

Palm last year released a new operating system, WebOS, that now runs on two phone models. But amid tough competition from Apple's iPhone and Google's Android phones, Palm struggled to sell the phones. During its last earnings call, Palm said it had a large inventory of phones that hadn't yet been sold and that future earnings would be lower than expected.

The acquisition should provide a much-needed infusion of cash to maintain development of Palm's technologies. "The focus now goes from financials to what the devices can actually do," said Chris Hazelton, an analyst at the 451 Group.

HP said it will increase the $190 million that Palm spends each year on research and development, and fund additional sales and marketing activities.

"We intend to invest heavily in product development and go-to-market capabilities to drive this market," said Todd Bradley, vice president of HP's personal systems group and formerly a CEO of Palm, during a conference call to discuss the deal.

While HP hopes to gain a bigger slice of the growing smartphone market, it also hopes that Palm's technology can help it make inroads in the fledgling market for slate computers. "We see additional opportunities beyond smartphones," Bradley said, mentioning slate, or tablet, computers. Palm's WebOS currently runs only on phones.

The slate market could be a key growth area for HP, said Jack Gold, analyst with J. Gold Associates. "Since tablets are primarily front ends to the Internet, it allows HP to deploy many cloud-based services from which it can generate revenues, including those in an app store, streamed services, etc.," he said.

Using WebOS instead of Windows on an HP tablet would represent new competition for Microsoft. HP has already said its first tablet will run on Windows 7.

Bradley said vaguely that HP will continue to be a strategic partner for Microsoft, but it was unclear whether he meant in the phone business or only the PC business.

Buying Palm to boost its phone business, rather than designing new phones to run on Microsoft's latest phone software or choosing Android, could save HP time and expense, Gold said. "Palm brings HP a modern and competitive platform that is already designed, implemented and in production. This saves HP many R&D dollars as well as dramatically accelerates time to market," he said.

Palm offers a "treasure trove of technology that can be leveraged in future products," said Charles King, principal analyst at Pund-IT Research. "It seems like a relatively inexpensive risk for a potentially rich return," King said.

If HP succeeds in building a stronger Palm, it will be a "formidable competitor" to Google, HTC and Nokia, Gold said. "Relatively unaffected by this acquisition will be [Research In Motion's] BlackBerry and Apple's iPhone, at least for the foreseeable future. They have their own user bases and market segments that are unlikely to find WebOS compelling," he said. Still, HP has a strong presence with enterprises, where it may have luck selling Palm devices, he said.

Not all analysts think the acquisition is a good move though. "HP needs a strong presence in mobile, but Palm doesn't deliver that," said Charles Golvin, an analyst at Forrester Research. HP would have done better to try to hire away Palm's people individually for a much lower price, he said. With the acquisition, HP is getting the Palm brand and intellectual property, neither of which HP needs, Golvin said. In addition, he doesn't think that the WebOS platform is "viable in the long term in the face of competition."

HP expects its scale and global reach to help drive down the cost of making WebOS devices and boost sales. The company also hopes to foster the WebOS developer community to drive more applications for the platform. There are currently 2,000 applications available to WebOS phone users.

Palm's OS and hardware are solid, Hazelton said, but a series of missteps and bad timing left the company badly in need of a backer. Its new phones were introduced after the iPhone already had significant traction and Android devices were on the market. "Then [Palm] went with the wrong carrier. If they'd gone with Verizon and launched within days or weeks or even a month or two after their first announcement, it would have been good for them," Hazelton said.

Instead, Palm launched with Sprint, which has been blamed for failing to adequately promote the Pre, the first handset with the new operating system. Palm announced the new software in January last year and began offering the phones in June.

Hazelton expects HP to retain the Palm brand, and possibly to give the company some autonomy to operate essentially as its own entity. HP said Palm will become a business unit within the company.

Palm is best known for essentially creating the PDA (personal digital assistant) market, with the iconic Palm Pilot. The company began to lose its footing when the PDA market tapered off and Palm was slow to transition to the smartphone business. The last of its remaining founders, Ed Colligan, left the company last June.

Palm's current CEO, Jon Rubinstein, will stay with the company. He is perhaps best known for his part in developing the iPod for Apple. HP would not describe any retention program that might require Rubinstein to stay for a certain period of time after the deal is completed.

(Agam Shah in New York contributed to this story.)