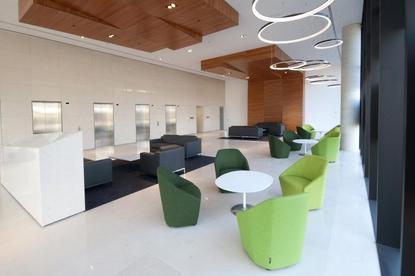 Ingram Micro is relocating its Melbourne office from Burwood to the city suburb of Abbotsford to expand partner facilities in Victoria.

In a statement, Ingram vice-president and managing director, Jay Miley, said the Sydney facility had been a huge success, demonstrating the need for a similar Victorian facility.

The Victorian PTC will be launched in September/October. Although an Ingram spokesperson was unable to confirm which vendors will be involved, a similar mix of Enterprise Technology Group names to Sydney is expected. These included APC, VMware, Avocent, Cisco, EMC, HP, IBM, Microsoft, Symantec, Fortinet and Brocade.

The larger office will hold 80 staff and is approximately double the size of Ingram’s former office. It will see Ingram staff base housed under the same roof as employees from Vantex, which Ingram acquired 12 months ago to round out its point-of-sale business. Phone numbers for Vantex will be retained.

Other features of the new Victorian office include additional partner training facilities. The company moves to Abbotsford on April 24/25.