An annual report from a Catholic counseling service claims computer games are partly to blame for complicating wedded bliss. 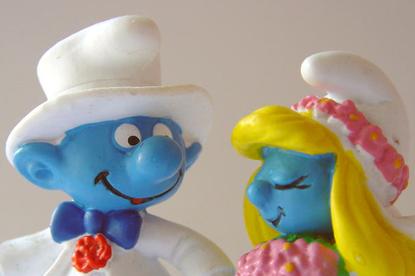 Troubled home life? Blame the internet if you're using it to do work, view pornography, gamble, and of course, play computer games.

Catholic marriage advisor Accord does. According to the Irish Examiner, the counseling service said the number of people experiencing martial problems "because of internet use" surged 87.5 percent from 2007 to 2009. What's more, 15 percent of the service's clients face "huge difficulties" because of internet-related activity.

"The four main problems associated with internet use are work, playing games on the internet, using pornography, and gambling," said Accord national director Ruth Barror. "While these figures are coming from quite a low base, it suggests that people are seeking a distraction from other worries, particularly money worries," she said.

At one point, the company even trotted out "game addiction" as a causal factor.

"Online gambling is now quite easy to do at home and people are also getting addicted to playing games," said Accord acting director of counseling Liam Lally.

None of that constitutes a scientifically actionable link between game-playing and torpedoing matrimonial well-being, of course--it's just a counseling service's informal tally sheet--but it does indicate one of two things: Either people have a "favorites" list of scapegoats, or there really is something to the claim.