Two parts of PC gaming you haven't thought about 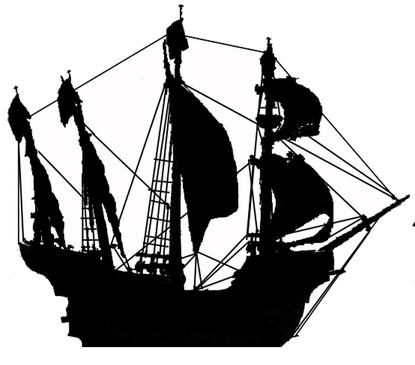 While the buzz topics at the 2010 Game Developers Conference are primarily related to the social and casual gaming space, two issues in traditional PC gaming are driving a lot of conversation among big names in the games industry.

First up was the Devs vs. Cybercriminals panel the day before yesterday. Patrick Wyatt of En Masse Entertainment gave an excellent overview of the cybercrime issue, touching on everything from gold farming to pirated games. The key takeaway point for his talk, however, seemed to be a glimpse into the mind of the people who commit cybercrime: very clever people with too much time and not enough money on their hands. These could be impoverished college students who want to play their favorite PC game for free or enterprising real money traders in Korea who farm gold for a living. Regardless of who they are, Wyatt's talk indicated that you can expect them to show up in your game no matter what.

This theme was emphasized in an Eve Online-centric panel the following day called The Art of War: Effective ways to Address the Real Money Trading Issue. Lead Economist Eyjolfur Gudmundsson -- who spoke with GamePro for an article on RMT not too long ago -- explained that even after Eve developer CCP banned over 9,000 accounts last year in an effort to stamp out gold farmers, offenders kept trying to get back into the game and resume their illegal activities. To solve the problem, the developer decided to address the demand side of the RMT equation instead of just wielding the banhammer on the supply side. Through their PLEX system, they were able to dissuade users from seeking out real money traders and the number of real money traders went down.

An interesting thing to note is that RMT is actually the source of several other types of cybercrime. Ignorant users who buy gold are incredibly vulnerable to identity theft and credit card fraud without even realizing it. Both Wyatt and Gudmundsson were very insistent that developers step up their RMT policing methods not just to keep their game running smoothly but to protect users from making dumb decisions.

Next up is Brad Wardell of Stardock, one of the leaders in PC gaming development through their platform, Impulse. Wardell already spoke with us at length about crime and security in PC gaming, but here at GDC, he wanted to talk about development for PC gaming with Stardock's new venture, Impulse: Reactor.

Impulse: Reactor is a service Stardock offers to PC game developers -- be they big-names like EA or small-time indie developers -- to streamline a lot of the interface programming and multiplayer matchmaking work devs have to do to get their PC game up and running. Far from being a logo-branded middleware option that forces you to create an account with Stardock, the Reactor function is a chunk of code developers can insert into their own game that lets them customize stuff like menus or notification screens. By doing that part of the work for the developer, Impulse: Reactor frees up development resources to spend on other things -- like expansion packs or digital rights management options.

Stardock's new service might not sound like a big deal to the average gamer, but Impulse: Reactor coincides with what looks like a subtle shift in PC gaming culture. With MMOs and other PC games on the frontlines of cyber security debates and microtransaction business model pioneering efforts, it seems like developers are looking for a way to shore up the PC as a gaming platform.

Reducing cybercrime and lowering barriers to entry for would-be PC game developers are just two parts of the process in protecting PC gaming. It's not immediately obvious what the next part will be, but based on the talk around the topic of PC gaming this year, we may not be all that far off from finding it.