Arm predicts over 50 new iPad-like devices out this year 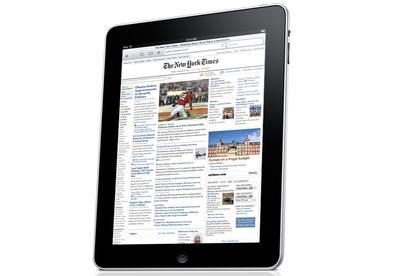 The launch of Apple's iPad will pave the way for a slew of rival products this year, an Arm executive said Wednesday, predicting over 50 tablet PC devices will be launched globally.

The coming swarm of tablets has even prompted Arm, Intel's main rival in the mobile microprocessor business, to rent more space at the Computex electronics trade show in Taipei this year to show off the devices, in addition to e-readers, mini-laptops and other devices that use Arm processing cores.

"The first tablet devices will launch in the second quarter by [mobile network] carriers," said Roy Chen, Arm's worldwide mobile computing ODM manager, during a press meeting in Taipei. "You'll see a lot more in the third quarter," he added.

He said many tablet-like devices will be launched in China, but companies everywhere plan to launch tablets this year, including the top 10 telecommunications network operators. He declined to name specific companies.

Like many chip makers, Arm often gains an inside view of products its chips are being used in, sometimes when asked for additional engineering support and other times due to partnership programs.

One of the devices was from Compal Electronics, a Taiwanese electronics maker and the second largest contract laptop manufacturer in the world. The device carried a 7-inch screen and used Nvidia Tegra 2 chips inside, which include Arm cores. Compal is offering two versions of the device, one with Android and another with Microsoft Windows CE, and two choices of screen sizes, 7-inch and 10.1-inch. The device includes an HDMI (high definition multimedia interface) slot so it can be connected to a high-def TV.

The other tablet was simply named the Armadillo and had a smaller screen than the Compal device. It used Arm cores in chips from Freescale Semiconductor, as well as the Android OS, but was on display to show off a quick boot-up system from Japanese software maker, Ubiquitous. The software, called QuckBoot, had the device up and running instantly.