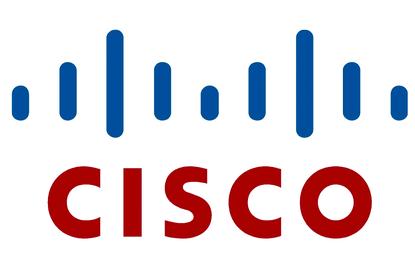 Cisco Tuesday announced a major upgrade to its Internet core router, which is designed to serve as the foundation of the next-generation Internet and support growth of video transmission, mobile devices and new online services through this decade and beyond.

Cisco claims its CRS-3 Carrier Routing System (CRS) has 12 times the traffic capacity of the nearest competing systems. It took 3 years to develop, Cisco CEO John Chambers said (the upgrade has been expected).

Cisco's hype over its "Change the Internet" announcement led to lots of speculation of what the company might have planned, with some reporting Cisco might even roll out its own broadband network.

What Cisco actually did announce was a core router that the company says triples the capacity of its predecessor, the CRS-1 with up to 322Tbps. Cisco says the CRS-3 enables the entire printed collection of the Library of Congress to be downloaded in just over one second; every man, woman and child in China to make a video call, simultaneously; and every motion picture ever created to be streamed in less than four minutes.

"The role of the Internet is changing forever. It's transforming work and the interface to our families," Chambers said. "This is not a CRS-3 announcement. It's about the future of the Internet."

The CRS-3 is also designed to enable investment protection for the nearly 5,000 CRS-1s deployed worldwide. Cisco's cumulative investment in the CRS family is $1.6 billion.

AT&T, which says it carries half of the data traffic in the U.S., recently tested the Cisco CRS-3 in a successful field trial of a 100-Gigabit backbone network using its live network between New Orleans and Miami.

Video is growing at 80% on the AT&T backbone, while mobile broadband connections have grown 5,000%, says Keith Cambron, president and CEO of AT&T Labs.

"We need 100G technology in production over the next few years," Cambron said, adding that AT&T has been linking multiple 40G pipes since 2008. "We're confident we can move to a 100G backbone."

Cisco rival Juniper believes AT&T could do that today with its routers.

"We welcome Cisco to the 100G [per slot] club," says Luc Ceuppenf, vice president of product marketing in Juniper's Infrastructure Products Group. "It brings the system up to par or slightly above the existing T1600 if you look at pure slot capacity."

But by the time the CRS-3 ships, Juniper will be or close to shipping a 250G per slot system, Ceuppenf says.

"We still think we're a generation ahead compared to basic switching capacity of a single chassis system," he says.

As for the CRS-3 being 12 times the capacity of its nearest competitor -- which is the Juniper T1600 -- Ceuppenf says Cisco is "hiding behind big numbers.

"That's when they bring multichassis into the equation," he says. "Similar to the 92Tbps [claims] with CRS-1, they're claiming they can interconnect 70 or 80 of these machines to create a 322Tbps node, which is effectively 12 times bigger than a multichassis T1600. But they never, ever delivered on that 92Tbps promise; the biggest system they have out there in the field is an eight-chassis CRS-1 system, which gives you 5Tbps."

Given the marketing build-up to the CRS-3 announcement, Ceuppenf summed it up as an "anticippointment."

"We question the claim that this fundamentally changes the way that people use the Internet," he says.

The Cisco CRS-3 is currently in field trials, and pricing starts at $90,000. Cisco expects it to be generally available in the third quarter.