Philips' 9000 LCD series to bring 3D to the masses

Philips kicks off 3D revolution in time for World Cup 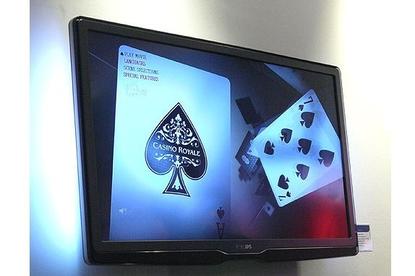 Philips to take a gamble with 3D TVs.

Philips is gearing up for this year's Fifa World Cup with the launch of a range of LCD TVs that are 3D Ready.

For the first time, the football world cup will be broadcast in 3D and a range of television makers aims to capitalise on the new broadcast technology by offering consumers TVs that can decode 3D.

Philips says all the 9000 range of TVs it has just announced will be Full HD 3D Ready, while its flagship screens in its 8000 series will also support 3D viewing. The 9000 series televisions will all offer 1080p viewing to both eyes, have Philips' Pixel Perfect HD Engine and contrast ratios of 10,000,000:1. Ambilight Spectra 3 backlighting will also be included on the 400MHz LCD panels.

Philips first demonstrated 3D screens at CeBIT in 2004. Its prototype lenticular displays could be viewed without the need for special viewing glasses, but doing so had a disorientating effect. The 3D TVs in the 8000 and 9000 range are instead designed for viewing with a pair of shutter glasses.

But the televisions won't simply be for viewing football, 3D films and high-definition video content. They can also be used for web access. The connected TVs will offer a range of online services via the Net TV portal. A built-in wireless receiver means the screens can become part of a Wi-Fi home media network and be used to stream and play back music, photos and video stored on any connected device. A pair of 30 Watt speakers built in to the TVs