Jailbreaking in the iPhone 3.0 era 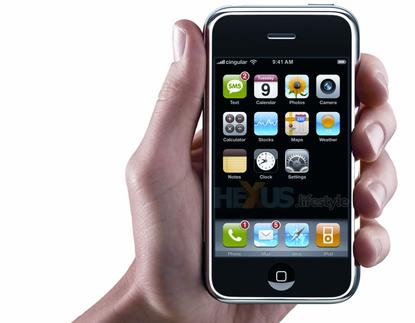 In a few short years, Apple has established the iPhone as the mobile platform to beat. Each successive firmware update opens new, and often unmatched, features for users and developers to explore. Many of these features, however, find their roots outside Apple's walled-garden approach to the iPhone, as the jailbreak community proves time and again to be an innovative environment for off-limits apps that demonstrate new ways to push the iPhone platform forward.

To be sure, the past year of Apple updates has altered the pre-3.0 iPhone jailbreaking landscape. The company's iPhone 3.0 OS, together with its speedy, feature-enriched iPhone 3G S handset, has brought new software and hardware capabilities that somewhat mitigate the need for jailbreaking. But despite these advancements, as well as warnings that jailbreaking leads to security risks and potential copyright infringement, iPhone jailbreaking continues apace, evidenced by the growing variety of rogue apps available for jailbroken iPhones.

Central to that growth is ongoing developer and user frustration with Apple's enigmatic app acceptability rules, as well as its deliberate hobbling of many application capabilities, such as Web browsing, background processing, voice services, and tethering (in the United States). Jailbreaking also allows users to unlock their iPhones from Apple's exclusive AT&amp;T wireless service contract, freeing them to use their phones on other cellular providers' networks worldwide. These factors, as well as developers' interest in pushing the limits of the iPhone's evolving capabilities, make for a jailbreaking community that is as vibrant as ever.

There were other signs that Apple might begin lifting restrictions on previously forbidden application categories. Yet it took a very public investigation by the US FCC following Apple's hobbling of Skype and rejection of Google Voice for the iPhone to persuade Apple and AT&amp;T to relent on VoIP telephony. And though apps such as Google Voice and Skype can now be used on the device, limitations still abound. Internet tethering, an intensely desired feature, is one high-profile example. Built into OS 3.0, the capability remains restricted in the United States by monopoly iPhone carrier AT&amp;T.

Meanwhile, Apple has not altered its SDK restriction on interpreted code, which rules out Flash and Java applications (although Adobe purportedly has a Flash work-around), as well as Flash video playing inside the iPhone's Safari Web browser. Web browsers themselves remain off limits as an app category, except for simple repackaging of the iPhone's built-in Webkit HTML rendering engine.

Each of these limitations provides incentive for the jailbreaking community to thrive.

Apple's ongoing objections to iPhone jailbreaking Apple's company line on the kind of features jailbreakers seek remains steadfast: These features reduce battery life, slow performance, introduce security vulnerabilities, stress the 3G network, and increase Apple support costs. It is under the auspices of these objections that Apple routinely blocks apps it doesn't like from its App Store. Some developers argue, however, that often such blocking happens more for competitive reasons than out of concern for iPhone users' safety and productivity.

Still, many of Apple's concerns have in fact materialized in jailbroken apps. Background processing does reduce battery life and overall performance, according to users, but these same consumers say the feature is worth the hit as long as they can control its application. Battery drain is also a key symptom of a particular jailbroken-iPhone worm infection. Jailbreaking proponents, however, point out that the worm can only infect phones that users haven't properly secured by changing the default password. As for stressing the 3G network, most signs point to regional differences in AT&amp;amp;T cellular data capacity as the root cause of this issue, as opposed to anything that jailbreaking would exacerbate.

Performance issues aside, Apple has registered its formal opposition to jailbreaking under the cloak of copyright, claiming the act is illegal under the Digital Millennium Copyright Act (DMCA). This claim has been disputed by the Electronic Frontier Foundation (EFF) and open source Web browser developer Mozilla, which has called Apple's restrictions both harmful to innovation and an improper application of DMCA rules. Apple has thus far taken no legal action against users who jailbreak their phones, nor against any jailbreak-enablers, including the iPhone Dev Team, which has managed to jailbreak every iPhone OS update to date.

Meanwhile, the EFF and Mozilla have asked the U.S. Copyright Office for an exemption specifically permitting installation of legal apps on iPhones. The Office listened to arguments on both sides in a May 2009 hearing, but has missed its own October projection for a decision and has yet to issue its opinion.

Jailbreaking encourages iPhone innovation Long before Apple launched its iPhone App Store in 2008, jailbreak users could download apps from a variety of repositories at a time when Apple limited customers to the apps it delivered with the phone. In fact, some argue that jailbreaking was instrumental in educating Apple about the shortcomings of its built-in apps, prompting it to launch the iPhone App Store to give developers an opportunity to fill the gaps.

Since then, Apple has demonstrated a pattern of recognizing features of interest in popular jailbroken apps, then addressing users' desires for those features with OS updates. iPhone OS 3.0 follow-up updates have included features such as video archiving and editing, Bluetooth-enabled voice control, desktop-based application reorganization, pop-up blocking, wireless ringtone downloads, and remote handset locking and erasing, all of which originated in jailbroken apps.

Jailbroken apps may also have played a part in persuading Apple to loosen restrictions on certain application programming techniques that were previously disallowed, such as exploitation of so-called private API functions. In addition to concessions on VoIP apps, Apple has approved live streaming video apps such as Ustream Live Broadcaster and iPhone development aid iSimulate, both of which use private APIs.

Apple's capriciousness drives developers to jailbreak The iPhone's 140,000 apps (and counting) continue to enrich both Apple and independent iPhone developers. Yet Apple's uneven App Store administration threatens to kill, or at least maim, the app cash cow, despite recent signs of flexibility from Apple. In November 2009, Apple drove away major iPhone developer Rogue Amoeba after repeatedly rejecting its Airfoil Speakers Touch 1.0.1 app update. Rogue CEO Paul Kafasis said in his corporate blog, "Rogue Amoeba no longer has any plans for additional iPhone applications, and updates to our existing iPhone applications will likely be rare. The iPhone platform had great promise, but that promise is not enough, so we're focusing on the Mac."

But if high-profile defections such as Rogue's threaten to undermine the breadth or quality of apps on offer at the App Store, Jay Freeman's Cydia store for jailbreak-iPhone apps continues to point the way forward. His Cydia Installer remains an organizing tool for frustrated developer creativity, linking to app repositories that have proved to be useful crystal balls for predicting future Apple iPhone OS enhancements.

"I definitely believe [Apple's] decisions increase the demand for Cydia: Developers want to be able to improve on the base platform, and Apple doesn't let them even come close to that," says Freeman.

Of the jailbreak iPhone apps we listed last year, more than half still can't be implemented on all native iPhones. Still thriving in Cydia, these apps and several new offerings show promise as future Apple enhancement prototypes. (See "21 apps Apple doesn't want on your iPhone 3.0").

Recent jailbreak apps of note include those that streamline background task management, such as Multifl0w, which helps users switch between multitasking apps in a way similar to how app switching is performed on Android handsets. Another popular category is personal Wi-Fi hotspot creation, as illustrated by MyWi. Several apps, such as QuickReply, exploit background processing to let users pop out of an app to, for example, reply to a message, then return to where they left off.

Security has become an important issue for iPhone users, both due to demonstrated vulnerabilities inadvertently created during jailbreaking and as a result of privacy liberties taken by traditional app vendors, such as Facebook. Firewall iP is an app that addresses this interest; it helps users stay in control of their data by alerting them to any unusual outbound data transmissions.

Apple iPhone sales -- and jailbreaking -- to continue Despite numerous "end of jailbreaking" scares, the iPhone DevTeam and compatriots have so far always succeeded in sawing through any bars and locks Apple adds with each new OS release. Thousands, if not tens of thousands, of these users are non-AT&amp;T subscribers, which add to Apple's bottom line, to AT&T's chagrin.

The jailbreaking phenomenon also likely presages a similar movement in the nascent Apple iPad community. The iPad, what many see effectively as a giant iPod Touch, runs iPhone apps natively and may also be crackable by iPhone escape artists.

It's safe to say that as long as Apple maintains its heavy-handed grip on "authorized" iPhone developers, jailbroken phones, and app stores such as Cydia, will continue to thrive, even after the iPad arrives.