French lawmakers to vote on net filtering next Tuesday 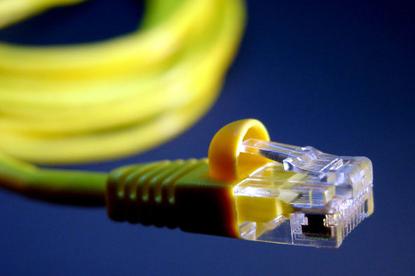 French lawmakers will vote next Tuesday on a proposal to filter Internet traffic. Part of a new security bill, the measure is intended to catch child pornographers, but critics say it won't succeed. Once the filtering system is in place, though, it will allow the government to censor other material too.

The National Assembly has already spent two days debating the grandly titled "Bill on direction and planning for the performance of domestic security," known as Loppsi II in French, with deputies voting to reject all the amendments that sought to limit the Internet filtration provisions.

The bill, though, is not so much a single direction, as more a patchwork of unrelated measures. It aims to increase the amount the police spend on "security," multiply penalties for counterfeiting checks or credit cards, increase use of CCTV cameras, extend access to the police national DNA database, and authorize the seizure of vehicles driven without a license.

The bill also seeks to modernize the law to encompass the Internet, criminalizing online identity theft, allowing police to tap Internet connections as well as phone lines during investigations and targeting child pornography by ordering ISPs to filter Internet connections.

The bill requires ISPs to block access to any Internet address if authorities consider that this is required to prevent distribution of pornographic images of minors.

Deputies had sought to amend the text to require blocking only of specific URLs or documents, not of entire sites, so as to reduce "collateral damage," and to require that a judge review the list of blocked URLs each month to ensure that sites were not needlessly blocked. Those amendments were, however, rejected, as was one making the filters a temporary, experimental measure until their effectiveness was proven.

Critics of the bill make clear that they, too, are against the distribution of child pornography -- but that filtering is the wrong way to go about it.

Fabrice Epelboin, journalist and author of a report (in French) on the business of child pornography, warns that filtering URLs will have no effect, as distributors of such materials are already using encrypted peer-to-peer systems to deliver their wares.

And La Quadrature du Net, a lobby group promoting rights and freedoms on the Internet, accused French President Nicolas Sarkozy of shamelessly exploiting the protection of childhood to censor the Internet.

"The securitarian machinery of the government is being deployed in an attempt to control the Internet at the expense of freedoms", said Jérémie Zimmermann, spokesperson for La Quadrature du Net.

In January, Sarkozy told members of the French music and publishing industries that authorities should experiment with filtering in order to automatically remove all forms of piracy from the Internet.

The government has declared the Loppsi II bill "urgent," so instead of the usual cycle of four readings, after the National Assembly's vote, it will go on to the Senate for a second and final reading.