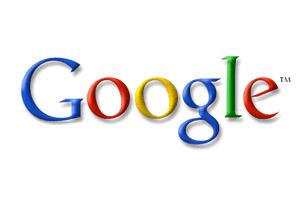 It has been a long three and a half weeks since Google made the dramatic announcement that it will no longer censor its search results in China, even if that means exiting that huge Internet market.

The decision, Google said, was prompted by its discovery that a China-originated attack let malicious hackers steal Google intellectual property and partially break into the Gmail accounts of Chinese human rights activists.

At the time, human rights and free speech activists applauded the decision, and held Google up as an example for other Internet companies to follow.

However, almost a month after its strongly-worded statement, Google hasn't followed through on its plan and continues censoring its search results in China.

Asked for an update on the matter, a Google spokesman said on Friday via e-mail that the company has nothing new to add beyond its initial blog posting on Jan. 12 and the brief comments CEO Eric Schmidt made afterwards.

In the blog post, Google said the decision to stop censoring search results in China had been made. "We have decided we are no longer willing to continue censoring our results on Google.cn," wrote David Drummond, Google's chief legal officer.

Drummond further stated Google would engage in discussions with the Chinese government "over the next few weeks" to explore ways to run an uncensored search engine legally, fully aware that it may not be possible and "may well mean having to shut down Google.cn, and potentially our offices in China."

At this point, it's hard to figure out why it is taking Google so long to make good on its promise. Are Google officials now regretting the decision, feeling they jumped the gun?

It could be possible. After all, nine days after Drummond's post, Schmidt adopted a much more conciliatory tone and said conversations with the Chinese government were underway.

"We wish to remain in China. We like the Chinese people, we like our Chinese employees, we like the business opportunities there," Schmidt said during the company's fourth-quarter earnings conference call on Jan. 21. "We'd like to do that on somewhat different terms than we have, but we remain quite committed to being there."

Perhaps more significant, Schmidt seemed to pull back on Google's original certainty that the hack attacks had originated in China. He described the attacks as "probably emanating from China with the origin details unknown" and added that the matter was "still under investigation."

Google, he said, would make "some changes there" in a "reasonably short time," without being more specific.

That was more than two weeks ago.

In the meantime, Google spokespeople have been very tight-lipped about the China issue, in sharp contrast with the bold attitude displayed on Jan. 12. Many things aren't clear. For example, even if it pulls out of the China search engine market, will Google still pursue other Chinese markets, such as mobile or other future opportunities, say, in enterprise software? Will Google exit China for good or will it leave the door open to some business there?

With each day that passes without Google acting on its promise, the possibility grows that it has decided not to walk the talk. If that's where this is heading, Google would do well to clarify the matter sooner rather than later. The expectations it set a few weeks ago are pretty big -- as is the claim it staked on the moral high ground.