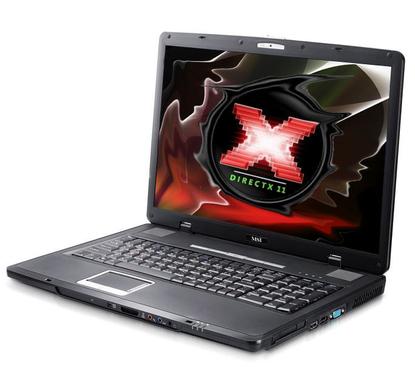 Mesh Computers has launched what it claims is the world's first commercially available DirectX 11 (DX11) laptop.

Powered by an Intel Core i7 720QM processor, the Windows 7-based Mesh Edge DX laptop includes an ATI Mobility Radeon HD 5650 and 1GB of graphics memory. It comes complete with 4GB DDR3 memory and a 1080p 15.6in display.

Mesh is taking orders for the system now for approximately US$1400.

First available on Windows 7 desktop PCs launched at the end of 2009, DX11 includes several improvements over previous versions of the graphics programming technology, including tessellation for displaying smoother curved surfaces, support for multi-core processors, and DirectCompute, which allows developers to harness the parallel processing power of graphics chips for other tasks, such as video editing.

AMD/ATI was the first to ship DirectX 11-equipped hardware. Nvidia has said it will support DirectX 11, and plans to release supporting hardware in Q1 2010.