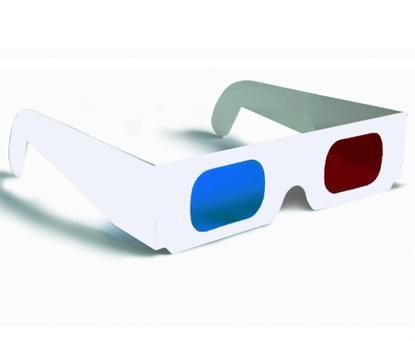 Despite recent success for 3D technology with the movie industry, pornographers are taking their time adopting the technology

The excitement around 3D TV at the International Consumer Electronics Show (CES) did not appear to be influencing companies at the AVN-Adult Entertainment Expo taking place at the same time, despite the fact that the adult industry is often a first mover in new video technologies.

Electronics giants such as Sony and Samsung unveiled a range of new products for 3D home entertainment at CES, including ultra-thin-screen HDTVs and Blu-ray Disc players, in high hopes that consumers will snap them up this year.

The adult industry is taking a more cautious approach.

Some adult filmmakers are dabbling in 3D video, but most are moving slowly because of the higher production costs, the need for 3D glasses, and a belief that not enough people will buy 3D TV systems this year to justify the cost of making 3D movies.

"We're very excited to do 3D production, but we don't feel market penetration [of 3D TVs] has hit the level we need it to be in the home," said Rob Smith, director of operations at Hustler Video Group, in an interview in Las Vegas. "I'm hoping by the fourth quarter of this year it will be at the point where we can justify doing a 3D product," he said.

Ali Joone, founder of Digital Playground, said 3D movies cost about 30 percent more to make than traditional films due to the setup time, the need for two cameras and a more intricate post-production process.

3D glasses are also an issue, he said, because people don't want to be encumbered by eyewear when viewing a film. "I think the glasses are the barrier," he said.

But Joone believes the 3D experience is compelling enough that it will catch on in time. The sense of voyeurism is heightened by 3D, he said, and will make people feel as if they are in the room with the actors and actresses.

One of the first 3D adult films was the 1969 soft-core movie "The Stewardesses." The film was initially tagged with an X rating and shown only in small theaters in a few cities, but was later remade as an R-rated film for wider distribution in mainstream theaters. It has been called one of the most profitable 3D films ever, because it cost only about $100,000 to make and grossed more than $27 million.

The system costs a hefty $3,999 and includes a 60-inch Mitsubishi 3D-ready HDTV, a small computer and two pairs of 3D glasses. Additional glasses cost $125 and the Web site subscription is $19.95 per month.

"The adult industry has been an early adopter of home media technology for decades," he noted. "In the 1980s was the VHS boom, then the satellite craze in the '90s, and today the Internet, so we believe 2010 and beyond will be all about 3D."

Electronics makers are also betting on 3D. Several major brands launched 3D-ready HDTVs at CES and are promoting it as the next major breakthrough in home viewing. South Korean giant LG Electronics predicts its sales of 3D-ready TVs will reach 400,000 this year and sail to 3.4 million next year.

The more 3D TVs that are bought, the more likely it is that content providers will produce a wide range of 3D entertainment, according to market researcher In-Stat. For home-video makers, 3D-ready Blu-ray Disc players are key because they ensure a single standard for 3D movies, the researcher says.

While 3D on TVs and in theaters requires glasses, at least for the foreseeable future, glasses-free technologies are already available for small screens that are viewed close up, such as the Wazabee 3DeeShell for the iPhone 3G.

Working in 3D production is very different from traditional filming, he said.

"We noticed when we were watching the footage later that you have to frame things differently for 3D," he said. When part of an arm or leg is cut out of a shot in a 2D movie it looks okay, he said, but in 3D it looks "kind of strange."

He is hoping 3D TVs will take off this year and said Pink Visual plans to have a 3D Blu-ray Disc out in about September or October. The plan depends heavily on how many people buy 3D home entertainment systems this year.

One thing adult filmmakers won't have to worry about is how actresses will respond to 3D. In the transition to high-definition TV, some actresses said the level of detail made them self-conscious. But several actresses interviewed at the adult expo here sounded enthusiastic about 3D.

View the full video report from the AVN-Adult Entertainment Expo .