Videogame employment actually up in 2009 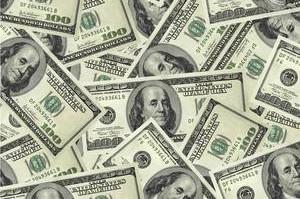 It's a Christmas miracle, as employment in the North American videogame industry improved slightly in 2009 despite declining sales throughout the latter half of the year.

An industry census report released this month by Game Developer Research indicates that U.S. game development is becoming less dependent on urban hubs like San Francisco and Seattle as many new studios spring up in the wake of significant industry layoffs. Employment is marginally better at the close of 2009 than it was a year earlier, with 44,806 citizens actively working in the videogame industry (44,400 reported active employment in 2008).

"These fundings mean lots of innovation ahead and continued employment for game industry veterans. We know not all of these companies will last. But the successful ones will create revenues, profits and jobs in the years ahead."

Mobile and casual games developed by small independent studios account for a significant chunk of that number, which is surprising given a recent report by GamesBeat reporter Dean Takahashi claiming that video game startups raised significantly less money in 2009 when compared to the previous year, down 36 percent (more than $300 million) from the 2008 year-end totals. Casual game studios like PopCap and Zynga led the fundraising and employment charts this year (Zynga alone netted more than $200 million, including a $180 million investment from Russian company Digital Sky Technologies,) which means "lots of innovation ahead and continued employment for game industry veterans," predicts Takahashi. "We know not all of these companies will last. But the successful ones will create revenues, profits and jobs in the years ahead."

While the U.S. game industry has managed to hang on through 2009, the Canadian game development scene has exploded with a more than 30 percent increase (from an estimated 9,500 at the close of 2008 to more than 12,500 in 2009). This surprising growth is attributed to a rash of new studios popping up throughout the country, especially Montreal and Ontario. With government subsidies and a deep pool of experienced talent to draw from, Canada may be poised to lead the gaming industry's post-recession climb in 2010.