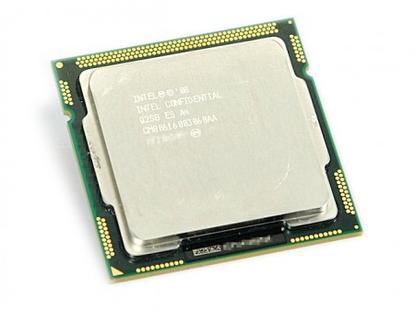 An online retailer is taking orders for a new Clarkdale processor from Intel, providing early details of its next-generation desktop processor ahead of the product's official launch.

The chip is one of the early processors to be listed belonging to the Westmere architecture, which will be made using the company's 32-nanometer manufacturing process. Intel has not yet introduced chips made using the 32-nm process, but observers are speculating they could appear in desktops and laptops either late this month or early next year. According to a cached version of an Intel presentation on Google, the Clarkdale chips also include Core i5-660, i3-540, G6950 processors.

An Intel spokesman declined to comment on the official launch date of Clarkdale chips, but said that chips were already in production. The company has demonstrated systems running on Clarkdale processors.

Intel has said that Westmere chips should deliver performance and power benefits over existing Intel chips made using the 45-nm process. Initial chips will integrate a CPU and graphics processor in a single package, which could improve graphics performance while drawing less power. The laptop processors made using the 32-nm process are codenamed Arrandale.

Intel has said clock speeds on Clarkdale chips could be similar to that in existing laptops, but could offer better performance by running more threads on each core. For example, a dual-core chip like the Core i3-530 will be able to run a four threads simultaneously, compared to two threads on existing Core 2 Duo dual-core desktop and laptop chips.

Westmere is based on the same microarchitecture underpinnings as Nehalem chips, which are made using the 45-nm process. They include Core i5, Core i7 desktop and Xeon 5500 server chips. Nehalem integrates a memory controller with the CPU and provides a fast pipeline for processors and system components to communicate.