Early Intel Core i9 makes its way onto eBay

Intel's six-core processor won't hit the market for a few months, but that hasn't stopped the Core i9 from showing up on eBay 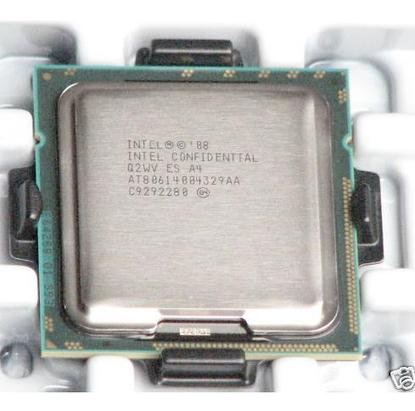 An early engineering sample of Intel's upcoming Core i9 chip has been spotted on eBay, way ahead of the processors' scheduled 2010 release date.

The Gulftown chip, which recently impressed in early benchmark tests, is expected to launch in the first quarter of next year, so it came as a surprise when one recently showed up on auction site eBay. The auction listing (since removed) detailed the processor as the "Intel 6-Core Xeon Westmere Gulftown 2.4GHz LGA1366 ES", and promised that the chip was tested and in working order.

The auction drew to a close with the Taiwanese seller making an impressive $1,200 profit. However, the seller foolishly failed to hide the identification marks upon the chip, making it easier for Intel to identify the source of the seller.

Tom's Hardware speculates further on the origin of the chip, theorizing that the engineering sample could of leaked from one of Intel's various chipset partners.