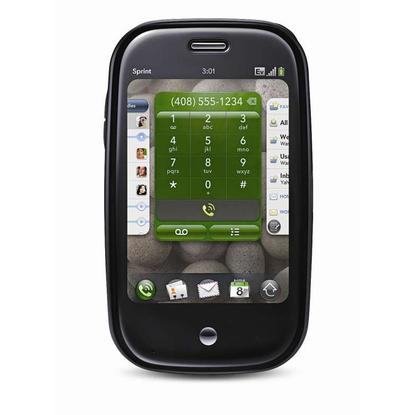 The news came as the struggling handset maker reported widening losses for the quarter during which it started selling the new Palm Pre, the first device to run WebOS.

Losses for its first quarter reached $US164.5 million, compared with a loss of $US41.9 million in the same period last year.

Nevertheless, the results beat analyst expectations. Adjusted sales were $US360.7 million, better than the $US297.7 million anticipated by analysts polled by Thomson Reuters.

Palm shipped a total of 823,000 smartphones during the quarter, a 134 percent increase over its fiscal fourth quarter of 2009 and a year-over-year decrease of 30 percent.

The decrease from last year means that the Pre isn't making up for declining sales of the older Palm products. So far, the Pre is available to Sprint customers in the U.S. and only recently Bell Mobility in Canada.

Palm has already signed contracts with additional operators to bring phones using WebOS to new and existing markets, said Jon Rubinstein, chairman and CEO of Palm. The Pre is scheduled to debut later this year in Europe with Telefonica. The newest WebOS phone, the Pixi, will come out from Sprint before the end of the year.

Even so, Palm doesn't expect WebOS phone sales to make more of a dent in the company's financial results even next quarter. Palm said it expects adjusted revenue for its second quarter of between $US240 million and $US270 million, lower than first-quarter revenue.

Rubinstein defended the relatively slow ramp-up of the Pre by comparing it with the Centro, an earlier Palm device that was an unexpected hit.

That phone started off slowly too, but ended up being sold by about 30 operators around the globe, he said. "I expect a similar trend" for the Pre, Rubinstein said.

In the future, Palm plans to focus solely on WebOS rather than developing phones that run operating systems from other vendors like Microsoft.

"While there are still Centros and Treos moving through the channel, our future engineering efforts are based around WebOS," Rubinstein said. The Centro runs Palm OS, Palm's previous operating system, and the Treo runs Windows.

The appeal of the Pre to business customers--a segment that Windows has traditionally appealed to--may have helped Palm decide to focus on its own phones and drop Windows.

"We found early on that demand [from businesses] was stronger than expected," Rubinstein said. As a result, Palm has accelerated updates to the WebOS platform, such as improved Exchange security policies, that business users want, he said.

Though Palm probably did not make up a major share of Windows sales, the news is probably a blow to Microsoft, which has struggled to keep up in an increasingly competitive mobile market.

Updated Windows phones running version 6.5 will come in early October, but the more significant upgrade - the apparent response to the launch of the iPhone two years ago - won't arrive until next year.

"Palm has been and remains a great partner to Microsoft, and they are one of the many companies we work with to deliver a compelling range of mobile offerings," a Microsoft spokesman said in a statement.