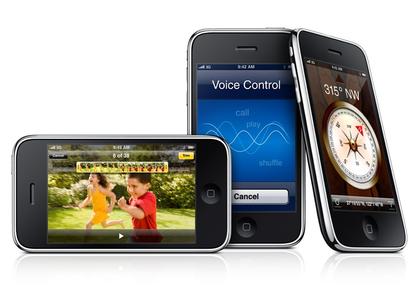 Apple today took the wraps off the company's next iPhone, the 'iPhone 3GS,' saying it is two to three times faster that current models, offers digital video capabilities in its new camera and will go on sale June 19 in the U.S.

The 32GB model will sell for US$299; a 16GB model will go for US$199. Both come in black or white, the same color choices now offered. And Apple plans to sell the 8GB version of the current iPhone 3G for $99 beginning today.

The announcement came at Apple's Worldwide Developers Conference (WWDC), where the company also announced that its next operating system, Mac OS X 10.6, Snow Leopard, will go on sale in September as a US$29 upgrade from the current OS.

Apple officials also announced changes to the company's laptop line-up as well, including a new 15-in. MacBook pro.

But the focus of the event was clearly the new iPhone and the iPhone OS 3.0, which will be released on June 17.