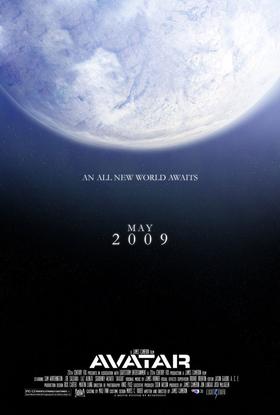 "I don't want anything associated with Avatar to suck", says director James Cameron.

During a day full of new innovations, James Cameron took the stage at Ubisoft's media briefing and gave a lengthy speech about his upcoming sci-fi epic Avatar. Cameron seemed confident about the film and game adaptation, citing that most film to game adaptations fail because they are rushed and try to emulate scenes from the film, whereas Avatar will follow it's own separate story from the film, with different characters and has been in development as long as the movie has.

"I don't want anything associated with Avatar to suck" Cameron said, explaining that he wants the game to give his fictional world more depth and achieve things that he cannot explore within the film.

James Cameron's film won't be the only thing with groundbreaking 3D technology, as Avatar the video game becomes the first to utilize 3D stereoscopic technology.

The most interesting fact Cameron brought up was that the game, like the film, will utilize brand new 3D technology created by Cameron and his crew, making the game the first 3D stereoscopic title ever released. While no demonstration of the game was given, Cameron seemed pretty confident that the technology is incredibly effective and immersive. "It's one of the first times in a videogame where I was actually afraid," said Cameron, citing some of the creatures in the game attacking him in 3D. The game is making its debut on the E3 showroom floor as a demo, so I'm sure we'll hear reports on whether or not Cameron's words hold any weight.