I've heard a lot of excuses why people quit Linux, and return to Windows. I'm happy to say that the excuses are getting far less common nowadays. But I still hear 'em. 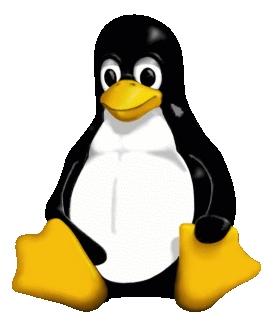 I've been writing Linux guidebooks for some time, and it's fair to say that most people who buy my books are Windows users looking to make the leap to Linux (or perhaps just wondering what the fuss is about).

Because of this, I've heard a lot of excuses why people quit Linux, and return to Windows. I'm happy to say that the excuses are getting far less common nowadays, compared to 2003, when I wrote my first book. But I still hear 'em.

Here are the top seven reasons I've come across. No doubt you've heard them too.

1. Linux doesn't run a program I use.

In this particular argument, people typically point out that Linux doesn't run one of the main Adobe products, such as Photoshop or Dreamweaver. They then point out that there's no swap-in replacement in the world of open source.

This is true. I can't argue.

The problem is that they're using specialized industrial tools. Most people neither know nor care what Dreamweaver is. It might seem otherwise in the circles in which that person moves, but out here in the real world it just ain't the case.

Much of the work that's gone into desktop Linux in recent times has been to make it better for the ordinary individual. Linux now has a top-notch browser and office suite, for example. But, so far, nobody has got around to recreating specialist toolsets such as high-level Web design software.

The solution is simple: If you need to use a particular industrial tool for your work, then you should keep using it. That means you'll have to keep using Windows. It's no big deal.

2. I installed Linux but some element of my hardware didn't work!

That's incredible because I installed Windows the other day and had the exact same experience! My graphics card didn't work, and wifi didn't either.

But do you know what I did? I fixed everything. Maybe I'm lucky to be clever enough to do so, but if I wasn't, I could easily ask around for solutions. I know there are smart people out there who are willing to help.

If you do this, you might have to do some hard work, and step into unfamiliar territory. But there are lots of instructions out there on the web, and it only has to be done once. Plus, as you work through the solution, you'll be learning stuff about your new operating system. Treat it as an opportunity, rather than an ordeal.

Some people expand this complaint to point out that Linux can sap their precious time as they work through getting it setup the way they like. Again, this is as true of Linux as it is of Windows. It's just the way PCs are.

3. I tried Linux but I had to type commands!

But seriously. So what? Are you scared of the keyboard? This is usually related to point #2 above, and it's usually a one-off manoeuvre designed to get something working. For example, to get DVD playback on Ubuntu, you have to type a certain command after downloading software. Once done, however, DVDs will play back automatically forever and ever.

If you had to do this every time you wanted to play a DVD then you might have a point. But typing a few strange words won't kill you.

There are also those who take a haughty position and project their fear onto others: "I had to type commands! Ergo Linux just isn't ready for the ordinary person!". Here, the individual concerned seems to be implying that the "ordinary user" (whoever that might be) suffers from an intelligence deficit and is incapable of typing commands. It that really true? Why do we always assume that other people can't possibly be as smart as we are?

4. I did *this*, and *this* happened. That doesn't happen with Windows!

Again, so what? Nobody said Linux was a clone of Windows. Things are going to be different now you're using Linux. Not necessarily better, not necessarily worse. Just different. You're over the rainbow, Dorothy! Rather than griping about your troubles, why don't you get used to it? If you're unable to adapt, it says more about you than it does about Linux.

5. I posted a message on a forum, but Linux people were mean to me

It's true that some community members aren't paragons of virtue and honor. These kind of people are found in all walks of life, however, and are best avoided. You can't blame Linux for their existence.

But in most examples of this complaint, the individual concerned brought wrath on themselves in one of several ways:

a) By being aggressive and/or unfriendly in their posting, or in their replies to other people. Yeah, you might be frustrated that you can't get Linux to work how you want, but try and keep that temper in check;

b) By not doing basic homework before asking for help, such as searching the forum for a particular issue that may be extremely common. There's only so many times community members can answer the same query before getting annoyed;

c) By simply not respecting Linux and its culture. Switching operating systems is like switching support for a sports team. When chatting with fellow fans, you can't keep mentioning how good you think the other team is, or how you think their techniques are better. In fact, even making reference to the other team might stretch your fellow fans' patience to breaking point.

It would be marvellous if people were honest enough to state this as bluntly as I've listed it above. After all, Linux isn't for everybody.

But what people with this complaint always do is make a spurious argument about usability -- that wonderfully nebulous term that means different things to different people. "Linux just isn't as usable as Windows or OS X," they'll say. When asked to backup their complaint with evidence, they don't bother to reply.

What they're really saying, of course, is that Linux was unfamiliar and spooked them so much that they ran back to Windows. Again, this is reasonable. It's their choice. But they shouldn't pretend they're making an objective evaluation. It's just an opinion.

Typically the person with this complaint will say something like, "I installed Linux and the installer program crashed half way through. I tried to boot but nothing happened and I found myself at a command prompt. I eventually got the desktop running but none of the programs worked correctly."

This might also be known as the "shaggy-dog story", because it's usually a long and rather pointless tale of things going wrong. (Ironically, their attempts to fix things usually makes the situation worse. But I digress.)

Most times I've no idea what the cause of the problems are, and the individual concerned has my sympathy. But I do know that what they describe is probably a one-off event, and definitely not indicative of what most people experience. As with point #6 above, it's not really fair to make an objective argument out of it, because--effectively--it's little more than one person's bad luck. If it happens to you, just pick yourself up, dust yourself off, and try again.

Keir Thomas is the author of several books on Ubuntu, including the free-of-charge Ubuntu Pocket Guide and Reference.