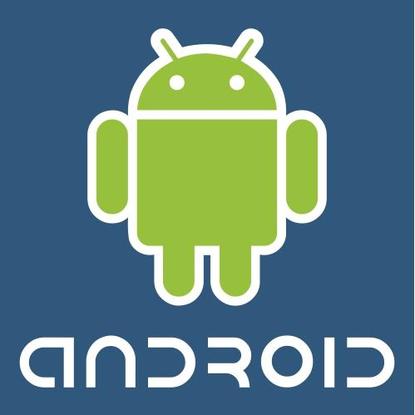 The owner of an obscure U.S. software development company is suing Google and everyone else in the Open Handset Alliance over their use of the word "Android."

The suit has made public the fact that Google's own attempts to trademark the word have been rejected by the U.S. Patent and Trademark Office (PTO), largely because the software developer, Eric Specht, had been granted a PTO trademark for his company's name, Android Data.

Specht filed a federal lawsuit Tuesday, seeking an injunction on Android-branded products, which would include T-Mobile's G1 smartphone, and US$94 million in damages for trademark infringement. Besides Google, the Alliance includes a set of blue chip technology firms such as Qualcomm, Texas Instruments, China Mobile, Samsung and Vodafone.

Neither Google nor the OHA has contacted the plaintiff's lawyer, and Google issued only a stock statement that the claims are without merit and will be defended "vigorously," according to a detailed account on Forbes.com.

The 1.5 version of the Linux-based Android software is due to ship this year on new smartphones from Samsung and others. It's also being touted as a platform for the compact, simplified mobile computers dubbed netbooks. China's Skytone Transmission Technologies just began showing off an Android netbook, due for summer release.

According to the Forbes account, Specht incorporated his firm, Android Data Corp., Palatine, Ill., in 1998, focusing on software to help Web sites transfer data securely. He started the process of trademarking "Android Data" for computer e-commerce software in 2000, and the PTO granted it two years later.

Google's own attempt to trademark Android was launched in October 2007, just a few days before it unveiled the Android operating system, and the PTO rejected the claim five months later, citing Specht's existing trademark. Google appealed on the ground that Specht had lost his claim due to inactivity, and noted that "someone had voluntarily dissolved Android Data Corp. in May 2004 (though later reactivated)," according to Forbes. (A search using a trio of business address lookup services didn't show any listing for Android Data in Palatine.)

The PTO didn't buy that either and in November 2008, suspended Google's trademark application.

There are two main issues at stake, according to the Forbes story. One is the classification of Android as software. The Forbes story notes that the PTO has dozens of trademarks for Android, but Specht and Google both filed for a trademark in a category that covers computer software and hardware.

Second, though Specht has a trademark for "Android Data," his registration has a provision that "data" is merely descriptive. Martin Murphy, Specht's lawyer, is arguing that the "dominant word" in the trademark is "Android," and that Specht has a claim to that single word applied to software.

The weak point in Specht's case is the burden of proof to show that people are likely to confuse the Android operating system, and products based on it, with his trademark. Murphy argues that Google is damaging Specht's business because it appears that Specht, not Google, is the copycat. From the Forbes story: "My client is trying to sell something, and it looks like a knockoff of Google," says Murphy.

Specht only filed the suit now because until recently he thought "Android" referred to mobile devices. "As soon as he learned it was software, he stepped up, and we filed as fast as we could," according to Murphy, quoted in the Forbes story.