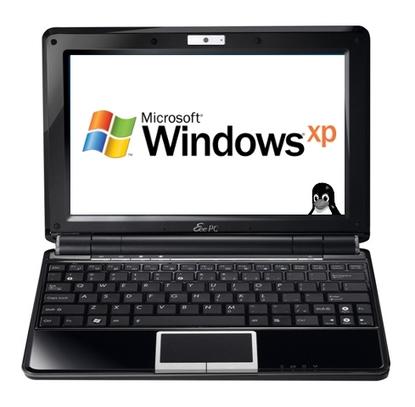 The DET's new netbooks will ship with the older Windows XP, not Linux or Mac OS X

Today's modern desktop operating systems of Windows Vista, Apple Mac OS X, and Linux still fail to address the basic requirements of the NSW Department of Education and Training's netbook project and instead the older Windows XP remains the platform of choice for more than 260,000 computers.

Last week the DET announced it will spend some $150 million on netbooks for school staff and students, which is great for the education revolution, but the anomaly is the hardware will be delivered with an eight-year-old operating system pre-installed, which is also one generation behind Microsoft's most recent desktop effort, Windows Vista.

While Apple doesn't offer a “netbook” as such, there's no reason why Mac OS X could not be included in the purchase, the computers would just be full notebooks, not smaller netbooks.

TechWorld decided to investigate why the DET went with XP over Linux, and operating system that helped make the netbook famous by offering a small footprint alternative to Windows.

A spokesperson for NSW DET CIO Stephen Wilson said the public call for expressions of interest issued on December 3, 2008 “did not state a preference concerning operating systems and applications”.

The playing field was level at the start, apparently.

“A range of operating systems that met the requirements were presented as part of the expression of interest process, including solutions based on Apple, Linux and Microsoft platforms,” the spokesperson said.

“Following the evaluation of all responses against common selection criteria, the restricted request for proposals issued on February 17, 2009 to shortlisted respondents, specified a Linux or Microsoft platform.”

So according to the DET, all three were considered and Linux make the shortlist, but was pipped at the post by the venerable XP.

“The NSW Department of Education and Training determined that a Microsoft-based solution best met its needs at this time,” the spokesperson said.

It what may amount to a simple case of bad timing for the department, it will conduct a large-scale deployment of Windows XP with a year of the scheduled release of Microsoft's next generation operating system, Windows 7.

However, the DET has committed to leapfrogging Windows Vista and upgrading to Windows 7 on the netbooks when it is available. For 260,000 netbooks that's no mean feat.

“The vendor will install the Laptops 4 Learning (L4L) standard operating environment image on all laptops before delivery as part of its contractual obligations,” the spokesperson said.

“Windows XP will be the platform installed initially. NSW DET intends upgrading to Windows 7 at a time yet to be determined.”