Initiative part of an enhanced partnership with Microsoft to promote interoperability between Citrix and Hyper-V. 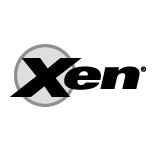 Citrix on Monday is making its core virtualization platform free, and announcing an enhanced partnership with Microsoft to promote interoperability between Citrix's XenServer hypervisor and Microsoft's Hyper-V software.

The XenServer enterprise edition, which previously cost US$3,000 per server, will now be given away free and embedded in Citrix's XenApp application delivery software, according to Simon Crosby, CTO of Citrix's virtualization division.

The goal is to "bring the simplicity, scale and economics of the cloud to enterprise data centers for free," Crosby says.

While XenServer won't cost a dime, Citrix is introducing a new product line called Essentials that will come at a price but provide advanced virtualization management capabilities for both XenServer and Microsoft's Hyper-V, according to Citrix.

Citrix Essentials will allow virtual machines running on XenServer to be moved over to servers virtualized with Hyper-V, and vice versa. The software will also include automated lab and lifecycle management for virtual machines, giving users self-service access to virtualized server resources.

Microsoft, locked in a battle with VMware for virtualization market share, also recently struck a virtualization deal with Linux vendor Red Hat that will allow the companies to offer support to each other's customers.

"It fills in a lot of the holes that Microsoft needed to fill on the Hyper-V side," Wolf says. VMware seems to be positioning its own virtual infrastructure as "the new operating system" and attempting to lessen the relevance of Windows, in Wolf's view.

Microsoft, meanwhile, wants customers to think of virtualization as simply one part of the platform, or operating system, Microsoft's System Center marketing director David Greschler indicated in a conference call Friday. If Microsoft gets its way, virtualization will be managed through Windows, rather than the other way around.

While Microsoft has not yet added live migration to its virtualization platform, the partnership with Citrix will allow virtual machines to move back and forth between Citrix and Microsoft servers with little downtime. A customer will be able to shut down a virtual machine running in XenServer, and then boot it up on Hyper-V, or vice versa, Crosby says.

Other features available in the new Citrix Essentials include dynamic provisioning of large numbers of virtual machines from single master images; StorageLink technology that improves use of storage with direct access to features in storage arrays; the ability to control storage from the virtualization console; rapid delivery of virtual machines from a centralized image library; and links to any third-party backup or management tool.

According to Citrix, these upgrades and interoperability with Hyper-V should make it easy for cloud vendors to offer both Windows and Linux virtual machines. Now that XenServer is free, Citrix says Linux operating system vendors should consider upgrading from the open source Xen.

VMworld runs from Tuesday to Thursday in Cannes. VMware is expected to make a product announcement of its own on Tuesday, while Citrix also plans to demonstrate the bare-metal desktop hypervisor it is developing with Intel.