Q&A: Nicholas Carr on 'the big switch' to cloud computing

Author says cloud approach is reliable enough for many apps, but warns about vendor lock-in 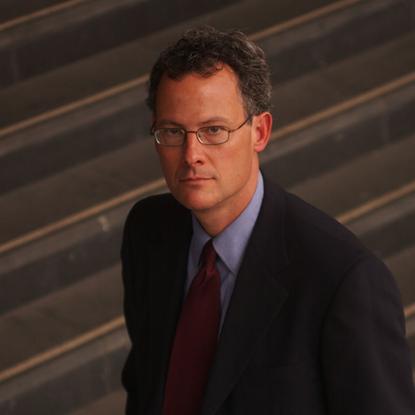 During his keynote speech at the Society for Information Management's SIMposium 08 conference in the US, author Nicholas Carr drew an analogy between cloud computing and the transition that manufacturers made from generating their own power to relying on utilities in the early 20th century.

In Carr's opinion, IT "is going to be the next great business resource that makes a similar shift," particularly as organizations look to increase their server and storage utilization rates without dedicating an even more sizable portion of their IT budgets to the salaries of the workers who support those systems. Carr's points are echoed in his new book, The Big Switch: Rewiring the World, from Edison to Google, in which he details his case that cloud computing will enable companies to lower their capital equipment costs and reinvest IT money in other areas, such as new product development.

After his speech at the SIM conference, Carr spoke with Computerworld about the expected cloud computing shift and other challenges that IT executives are facing. Excerpts follow:

Amazon.com's EC2 and S3 cloud services have gone down several times, as have parts of Google Apps. Why should Fortune 1,000 CIOs trust the reliability of the cloud?

It's a good question. If you look overall at the records of Amazon.com and Salesforce.com, they're actually quite good. But they're not perfect, and I don't think they'll ever be perfect anymore than any company's internal systems are perfectly reliable. But I think what we're going to see is that over time, the reliability of these cloud systems is going to steadily increase. And eventually, if not already, they're going to be more reliable than the average company's systems are.

We'll see different things move to the cloud in different stages, and one of the criteria will be, "How reliable do you need this system to be?" For instance, I was speaking a few weeks ago to some federal government CIOs, including some from the intelligence community, and it's pretty clear that there are some sorts of systems that need to be basically bulletproof. And I think it's going to be a long time before companies and governments are going to trust those types of applications to the cloud.

But from what we've seen already, whether it's Amazon's infrastructure or various software-as-a-service offerings, even now the reliability is good enough for a lot of corporate applications.

In addition to security and reliability, one of the top concerns among IT execs is how to avoid getting locked into a particular vendor's cloud service. Any advice you can share on that?

I think buyers should be worried about lock-in. If we're going to have the kind of interoperability and standardized data formats necessary to ensure fairly easy migration among vendors, it's going to have to be the buyers pushing the vendors to move in that direction. Unless the buyers make that a demand for doing business with a vendor, I fear that we'll see a lot of vendors, even if they talk a good game about standardization, actually pursue strategies to make it hard to get off their clouds, to quote Mick Jagger.

How concerned should CIOs be about the possibility of Microsoft, Google and other heavyweights coming to dominate the cloud?

When we look ahead and try to figure out the ultimate structure of the cloud or the computing utility industry, there are a lot of open questions. But when we look at the infrastructure side, it certainly appears to be a very capital-intensive operation. So we're seeing companies like Google and Microsoft spending billions of dollars a year, and that leads me to believe that because of the capital expense of building these networks, there's going to be a relatively small number of suppliers who can afford to build them out.

So that in itself raises some red flags. But another question is, what about the services, the applications that ride on top of that infrastructure? Will that remain sort of a separate business with lots of providers competing? Or will the Googles of the world kind of suck up those applications as well?

So will we see a small set of vendors holding power over both the infrastructure and the applications?

That I don't really know. Regulations will play some part in it -- and also the ability of a company like Google to innovate in a way that's attractive for businesses, which it really hasn't done very much of yet.

How do CIOs go about making "the big switch" without decimating their IT staffs and placing their own jobs at risk?

One of the advantages of the cloud is that it allows you to not only reduce your capital expenditures in IT but to reduce your IT staff. And if it didn't, it wouldn't be that attractive because IT labor costs are such a big part of IT costs. So as CIOs look ahead, they should come to grips with the fact that this may mean that their empire may shrink.

On the positive side, as the head count shrinks, their visibility and importance to the business may increase as they move away from managing the machinery and the applications and the licenses to focusing more on the business logic. But if you go into it thinking, "I can only do something that allows me to maintain my current staff or to expand my staff," you're probably going to run into roadblocks with the cloud pretty quickly.

Some companies that have outsourced their IT operations, particularly larger ones, keep outsourcing relationship managers in-house as well as business analysts, who continue to work with end users on their needs. Would you expect to see the same type of model playing out in the cloud?

I think so. In very simple terms, cloud computing is a form of outsourcing, using outside suppliers. And I think it will tend to have that same effect on IT shops. There will be some kind of information systems broker who, similar to the people who manage outsourcing relationships, figures out how do we distribute our systems and our requirements and applications among these cloud providers.

You still need somebody to make the connection between the business and the application. Though in a radical scenario, that job may move outside the IT department and into the businesses themselves.

As it already has within some organizations.

I saw you being interviewed on The Colbert Report recently. What was that experience like?

They prep you. The producer told me to make a few points that you want to make, try to be serious and clear, and try to ignore [Colbert] because he's going to try to play off you and trip you up. And that was good advice. They said, "Whatever you do, don't try to make jokes with him." You're the straight guy, and that's the role you have to play. It was fun, actually.

On the show, and in an essay that you wrote for The Atlantic, you said that Google has made us all "stupid." But there also has been research that suggests the Internet may actually stimulate some neural activity. How do you marry those two viewpoints?

I think [the Internet] can do both things. The study you're talking about came out of a college in California [and] showed that when we use the Internet, a lot of the areas of our brains are active, including decision-making parts that aren't very active when you read. So on the one hand, as you get older and you want to exercise your brain, that seems to be a pretty good way. [The researchers] compared it to doing a crossword puzzle.

But exercising your brain is a very different thing than the quality of thinking that's going on in your brain. What I wonder about is the fact that so many areas of your brain are activated when you're online, and does that actually hinder the type of concentration and reflectiveness that occurs when you're sitting quietly reading?

Does using the Internet hinder your own ability to write for extended periods of time?

Yeah, whether I'm reading or writing. You get into these very deep habits from using the Net, where you're used to being distracted, you're used to checking your e-mail every three seconds. And to sit down and not do that becomes very, very hard.

What I find is that you have to force yourself to turn off your e-mail system and your Net connection and kind of retrain your brain or your nervous system or whatever. It takes time to get back into that ability to spend a few hours writing. I write a blog, and I notice that the act of writing a blog is very different from the act of writing a book or a long, extended article. You do have to force your brain to switch gears, and you can hear the gears kind of clanking.

There's been a lot of buzz at this conference about the need for CIOs to change the way they approach IT, especially in light of the troubled economy. What suggestions would you make?

Clearly -- and this is something that CIOs have gotten used to this decade, for better or for worse -- cost is going to continue to be a big factor. I think the judicious use of the cloud can help in that [regard], because it does allow you to avoid capital investments, which can be very hard to make a case for now.

Running counter to that, companies tend to get very conservative in periods of economic tumult, and even experimenting with new models such as cloud computing may begin to be difficult. But compared to a few years ago, there are more options now for getting more IT capability at the same or a lower price. Companies shouldn't be afraid to explore those options and experiment with them.

One of the technologies that CIOs have explored in recent years to help drive cost savings is server and storage virtualization. But for large companies that have made big investments in virtualization, might that lead them away from making a wholesale switchover to cloud computing, at least in the short term?

I don't think any big companies are going to make a wholesale switchover to the cloud, because I don't think the cloud is ready for all the things that companies do internally in IT.

But I think virtualizing your own IT infrastructure is going to make it easier in the long run to pull in more and more capabilities from the cloud, or begin to use the cloud as basically an extension of your own data center -- so that every time you get an upsurge in demand for a particular application, you're not faced with the need to go out and buy a lot of new servers. You can use the cloud as kind of an add-on and expand to it.