Is Sun Solaris on its deathbed? 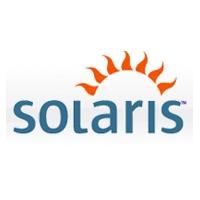 Linux is enjoying growth, with a contingent of devotees too large to be called a cult following at this point. Solaris, meanwhile, has thrived as a longstanding, primary Unix platform geared to enterprises. But with Linux the object of all the buzz in the industry, can Sun's rival Solaris Unix OS hang on, or is it destined to be displaced by Linux altogether?

The case for Solaris's demise

Sun officials believe the 16-year-old Solaris platform remains a pivotal, innovative platform. But at the Linux Foundation, there is a no-conciliatory stance; the attitude there is to tell Solaris and Sun to move out of the way. "The future is Linux and Microsoft Windows," says foundation Executive Director Jim Zemlin. "It is not Unix or Solaris."

Solaris, he said, has almost no new deployments and is a legacy operating environment offered by a company with financial difficulties. Original equipment manufacturers also do not see a bright future for Solaris, he claims.

By contrast, Linux is the overwhelming choice for new deployments on x86 systems, Zemlin says. Sun has had its strength in applications such as ERP systems with a seven- to 20-year life cycle, he adds. "What's starting to happen is those life cycles are starting to be completed," and those customers are moving to Linux.

That move to Linux is accelerated by Linux's strength in Web applications, where developers today are focused, Zemlin adds. "You can't really talk to any Web-based application company these days that's not using Linux," he says.

Linux also is less costly to run, Zemlin claims. Sun, he declared, should just move over to Linux. Zemlin also held out little hope for other IBM's AIX and Hewlett-Packard's HP-UX Unix platforms. "It's certainly true that Unix is on the decline," he says.

"Customers are pretty aware that Unix is a more expensive legacy architecture. They continue to support it because they don't want to change their legacy apps over to a new platform because of the costs," Zemlin said. "But they know now they eventually need to do it because Unix just doesn't have the combined might of all the different organizations and individuals that are developing [for] Linux."

Thanks to its strong support of the x86 hardware architecture, "in terms of overall volume, Linux is just a much higher volume product than Solaris ever was," says Al Gillen, an IDC analyst. IDC data show that worldwide Linux shipments in 2006 were about 2.4 million in 2006 and nearly 2.7 million in 2007. By contrast, Solaris shipments totaled 376,000 in 2006 and 371,000 last year.

Solaris, Zemlin says, is losing market share because it does not have a good price performance or value proposition.

Zemlin also disputes Sun's notion that Solaris technology gives it an edge over Linux. "The only people I hear talk about DTrace [Solaris's technology for assessing program and OS behaviors] and ZFS [the Zettabyte File System] as competitive features [are] Sun Microsystems sales representatives. It's not something I believe is impacting the market in any way," he says.

With capabilities such as ZFS and DTrace, Sun is trying to compete based on minor features, Zemlin says. "That's literally like noticing the view from a third-story building as it burns to the ground." And the Linux community is working on rival technology, Zemlin adds.

Given Sun's own Linux support on its Sparc and x86 servers, Zemlin suggests that it should make ZFS and DTrace available under a Linux-compatible license. Sun instead uses its Common Development and Distribution License (CDDL), which is not compatible with the Linux GNU General Public License. (Sun says CDDL provides licensing support for a greater universe of systems than GPL does.)

One company that is moving from Solaris to Linux is Sesame Workshop, famous for TV shows such as Sesame Street. A key reason is that more people are available to support Linux than Solaris, says Noah Broadwater, vice president of information services at Sesame Workshop. "I honestly have one person who is certified on Solaris. I have four people who are certified on Linux," Broadwater said.

The other key issue with Solaris boils down to one word: cost. Sesame is saving about US$20,000 a year in support costs by moving to Linux, Broadwater says.

One fear that Broadwater had in moving to Linux was degradation in performance, but he has been pleasantly surprised such degradation has not occurred. For example, the company's IBM Cognos BI application runs faster on x86 Linux boxes than it did on Sparc Solaris, he says.

The case for Solaris's existence

Sun stands behind Solaris. "For customers who'd chosen Linux in the past, we're seeing some of those same customers come back to Solaris," says Charlie Boyle, director of Solaris product marketing at Sun.

Solaris boasts features such as ZFS for simplified storage management and Solaris containers for virtualization, Boyle says. He cites a recent partnership in which Dell will make Solaris available on its computers; Dell would not do this if there was not customer demand. Sun is seeing brand new customers for Solaris; "I think we've got a great future," Boyle says.

"I think Solaris is absolutely a great OS," says Neil Wilson, a former Sun employee who later left the OpenDS project. Solaris is "absolutely far superior to Linux for the cases where the hardware support is there," he adds.

Gracenote, which provides a media recognition and metadata service for MP3 users (the CDDB database familiar to iTunes users), agrees. "We found the threading model in Linux was problematic. You get to a certain number of concurrent threads and the OS just slows way down," says Matthew Leeds, vice president of operations at Gracenote. Solaris "just works for us."

As part of its plans to give Solaris a longer life, Sun has developed an open source effort based on Solaris, called OpenSolaris, featuring a binary release of Solaris through Project Indiana.

The Linux Foundation's Zemlin, though, dismisses Sun's open-source Solaris as "too little, too late." His foundation has also charged that there is no real open source community around OpenSolaris, arguing that Sun still controls development. To back up its point, the foundation points to blogs detailing disputes over control of OpenSolaris and the Sun-driven OpenDS directory projects, from February 2008 and November 2007. Sun declined to comment on the specifics of these issues and noted they both happened several months ago. Zemlin claims Open Solaris is no more than an attempt to expand the Solaris user base to drive customers to commercial Sun technology.

Sun's Boyle acknowledges that Sun employees participate in OpenSolaris development, but says they do so along with individual and corporate contributors such as Intel. Community registrations in the OpenSolaris community exceed 160,000, far in excess of Sun's total employee account of 34,000 people, he notes.

"I'd say we've got a great community around OpenSolaris." Boyle said. "People are free to come and go as they want, and the community's been growing every month," he says. "To say that Sun is controlling all this, I don't think is a fair and accurate statement."