Optus mobile customers in Sydney who use rail services on the city's North Shore and Western Lines will now receive mobile coverage through tunnels between Central and Chatswood stations, the telco announced today. 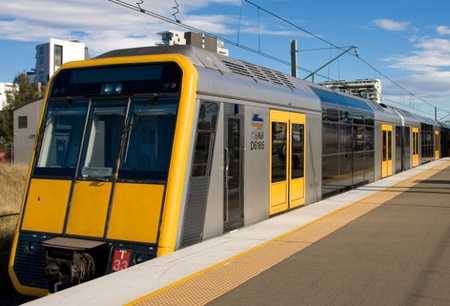 The new network coverage was officially switched on last night, following a "comprehensive testing period" and will see Optus mobile customers receive 2G and 3G coverage on their mobile phones, tablets and laptops in the tunnels of the two railway lines.

According to Optus, the initial roll out of its mobile coverage on the North Shore and Western railway lines is "stage one" of a broader rollout which will eventually see network coverage available on all of Sydney's City Circle train lines.

"Today marks an important step in delivering much-needed rail tunnel coverage to Sydneysiders as they travel around this beautiful city," said Optus' managing director of networks, Günther Ottendorfer. "We will continue to invest in the expansion of the Optus Network and remain committed to ensuring our customers have access in even more places than ever before."

The new network rollout is a three way partnership between Optus, the NSW Government and RailCorp, a an agency of the Government responsible for the operation and maintenance of Sydney's CityRail train network.

"Sydney customers have been waiting far too long to use this service and it is a testament to the Minister for Transport, the Hon. Gladys Berejiklian MP, that we are able to make this announcement today, who accelerated this project by making it a top priority,” Ottendorfer said. "This is stage one of a broader network expansion project that will eventually see Optus infrastructure delivered to the City Circle tunnels."

The expansion of mobile coverage to other CityRail lines is set to be completed "in the coming months" but Optus has refused to commit to an exact completion date.

"Stage two will commence in the coming months," said an Optus spokesperson. "We can’t commit to an exact date as it will be progressive across City Circle tunnels."

To celebrate the switch on of the Optus network in Sydney's rail tunnels, Optus has been handing out free coffees to railway commuters at Central, Wynyard and North Sydney stations. The activity is taking place between 6.30am and 10.30am today.

Telstra, too, is offering underground mobile coverage in Sydney with effect from today.