The HTC One XL is capable of impressive 4G speeds as long as you're in an area serviced by Telstra's 4G coverage.

Note: The HTC One XL is yet to officially release in Australia, though Telstra is expected to launch it in the coming weeks. Our review unit is an imported model from Australian online store MobiCity. It worked without issues on Telstra's 4G network.

The HTC One X is a great phone in its own right but adding 4G connectivity gives the One XL an extra dimension. Telstra's LTE enablement of its Next G network runs on the 1800MHz LTE network band but "switches across" to the Next G network when 4G coverage is not available. When it is officially released in Australia, the HTC One XL is likely to be just the third 4G smartphone in the country following the HTC Velocity 4G and the Samsung Galaxy S II 4G.

The HTC One XL we imported from MobiCity worked without any issues on Telstra's 4G network, but you need to adjust a few settings to get it functioning initially. You'll need to manually edit the APN in the settings menu to Telstra.Internet, restart the handset, then ensure the LTE option is selected under network mode. Once these settings are applied, the One XL will automatically give you 4G coverage where it is available. When you're in a 4G coverage zone the phone will display LTE next to your coverage indicator instead of H or 3G. 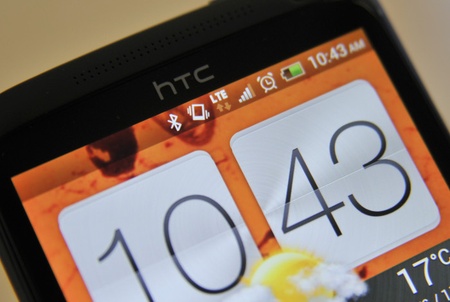 The HTC One XL's appeal will ultimately depend on your location. The telco says it is continually improving and expanding 4G coverage but right now 4G is available in all eight capital cities (5km from GPO) and their respective airports in Australia, along with 80 regional and metropolitan centres (3km from city centre). There is no 4G coverage in my home but the HTC One XL managed four bars of 4G at the PC World offices in North Sydney. Whether or not a 4G phone will benefit you will ultimately depend on where you use your phone and if those areas are in a 4G coverage zone.

At its peak the HTC One XL is blazingly fast. It regularly achieved download speeds of up to 28 megabits per second (Mbps) in North Sydney, though it usually hovered around 25Mbps in our offices. The highlight of our testing was at an NRL match at Sydney's Leichhardt Oval, where the HTC One XL managed to produce speeds of up to 56Mbps despite a crowd of over 16,000 people. The presence of HSPA dual-channel technology on the One XL also means 3G speeds are fast, too. We regularly managed speeds of between 14Mbps and 19Mbps which is much faster than you'll get on most other smartphones including Apple's iPhone 4S, the Samsung Galaxy Nexus and the One X. 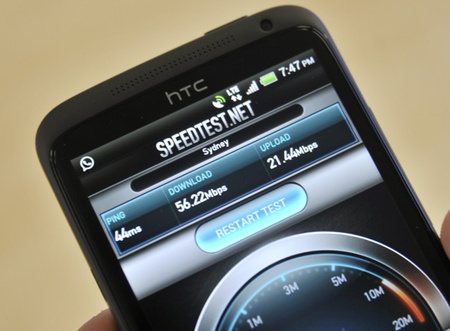 LTE connectivity aside, there are two other key differences that differentiate the HTC One XL from the One X. Firstly, the One XL is powered by a dual-core Snapdragon S4 processor rather than the Tegra 3 quad-core processor of the One X. It also comes with just 16GB of internal memory compared to the larger 32GB capacity of the One X. The dual-core processor has no impact on performance at all, as we felt little difference in performance during everyday tasks. The 16GB of memory is a downside, however, especially given the lack of a microSD card slot. Though the rise of cloud storage will help, many potential buyers, particularly those used to the flexibility of Android phones, may be reluctant to live with such a small amount of memory. 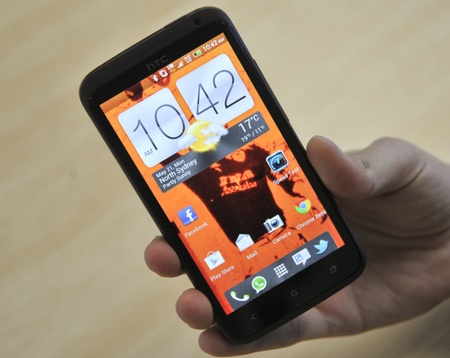 The differences just about end there, so the One XL has all the same features of the One X sans LTE antenna, processor and memory. This includes a large 4.7in Super IPS LCD2 with a HD resolution of 1280x720, an 8-megapixel camera with backside-illuminated sensor and an attractive polycarbonate design with very impressive build quality. The One XL we reviewed was a dark grey colour, though its not yet known which colour variant Telstra will release when it officially launches the phone. For more details about the HTC One XL's design, display, camera and software, read our review of the HTC One X. 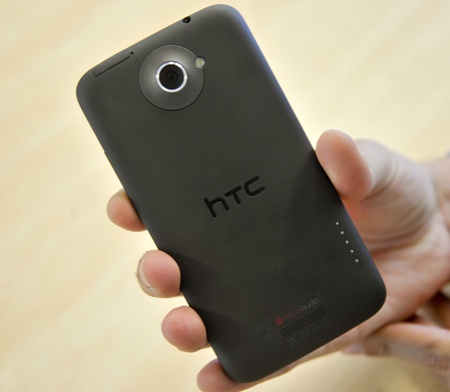 Disappointingly, we once again found audio output via the built-in speaker rather low. It's a problem we encountered on both the One X and the Galaxy Nexus and it often made ringtones and notification tones difficult to hear when the phone was in our pocket. The frustratingly inconsistent Sense UI, while much improved from previous versions, is also a bit of a let down. This will ultimately depend on personal preference and tastes, but the recent apps menu and the on-screen keyboard are two examples of HTC making changes that don't improve the overall user experience.

We found that the HTC One XL has similar battery life to the One X, which means it is a little disappointing. Our review unit didn't manage to achieve a full weekday of use before needing a recharge, even when we turned off automatic synchronising. To be fair the One XL doesn't appear to use much power at all when the screen is off and easily pushed us through a full weekend day without needing a recharge. However, if you're regularly in a 4G coverage zone the 1800mAh battery certainly drains quickly whenever the screen is in use. 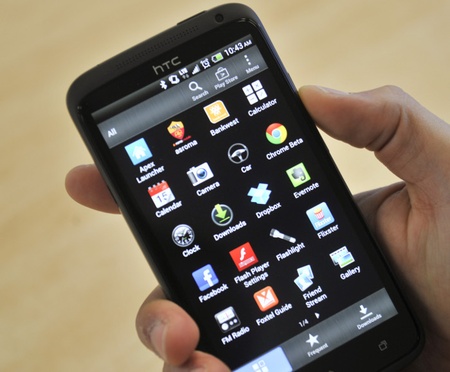 How ready is the Aussie channel for Zero Trust?

10:11AM
Nexion teams with IBM to launch hybrid cloud services in New Zealand
07:30AM
The wrong way to think about IT
04:30PM
Get started with Anaconda Python
04:09PM
Tech Data cuts losses as revenue rises
More News