Accolades recognises the winners at this year's ARN IT Industry Awards - the best of the best. Over the course of the next few weeks, ARN will be running their stories. The Channel Choice Awards were selected through an online voting process by the channel itself. Vendors, Distributors and Resellers alike were invited to vote on their favourite companies over the past 12 months. 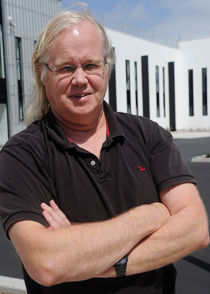 Dicker Data has had a busy 12 months. Its business has expanded and since listing on the ASX in January (for $0.21/share) it’s seen the value of its shares grow by 50 per cent; they’re currently worth $0.32/share.

In its August report, the proudly Australian distributor announced that its profit had jumped by 54.3 per cent. That was on the back of ‘higher than expected growth for HP, Toshiba and Asus products.’

And this cumulated in the distributor winning the Channel Choice Distributor of the Year award for the first time. As always, Dicker Data chairman and CEO, David Dicker, was frank about the results. “I would say that we have performed a little better than our competitors,” he said.

Dicker is especially proud of the IPO listing, which he said was the “culmination of years of work.” But it wasn’t the only highlight for the year. Dicker Data also recently opened a new factory.

It signed a partnership with Asus in late 2010, then broadened it not so long ago. It expanded its relationship with Sony. It’s become the volume distributor for Kaspersky. And it’s just picked up Buffalo’s storage range.

It’s going to be interesting to see where next for David and his company. He’s tight lipped on the topic of future plans; “We have a couple of interesting ideas that we are working up internally,” he said. “Not ready to announce yet, but watch this space.”

Offshore expansion, perhaps? Dicker has mentioned to me a couple of times in passing that there’s some overseas markets he’s interested in, and finance advisory partner, Newport Capital, has been appointed to help plan and execute on both organic and inorganic growth.

Regardless of what happens next, 2011 will be remembered as the year Dicker Data stepped up to the plate and hit a home run. 

ARN Exchange Sydney: Staying ahead of the game on cloud security

Show Comments
Aussie IT jobs market shrinks by 12 per cent