Accolades recognises the winners at this year's ARN IT Industry Awards - the best of the best. Over the course of the next few weeks, ARN will be running their stories. We begin with the industry leaders inducted into the Hall of Fame, this year. 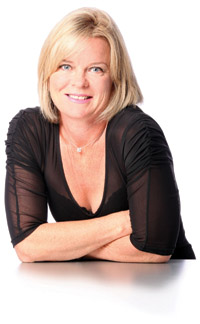 Westcon Group executive vice-president, Asia-Pacific, Wendy O’Keeffe, has had a long career in distribution, and has loved her time in the market, both here and abroad.

O’Keeffe’s IT career kicked off in full when she joined Tech Pacific in 1988, where she remained for 13 years with roles including director of telecommunications.

The time with Tech Pacific had plenty of highlights; it was a buoyant period especially in the early 1990s, she said. “Those were the heady days where we were working hard just to cope with that amount of growth.

“It was a different story to what it is today. Now we’re striving for growth in different ways.”

After her time with Tech Pacific – which also saw her successfully set up a Perth office from scratch – O’Keeffe moved to Lan 1 and Westcon Group, and hasn’t looked back since.

After successfully running the Australian operation, O’Keeffe was promoted to her current role in mid 2009. Initially the focus for Westcon in the broader Asian geography was in South-East Asia (Vietnam, Thailand, Philippines, Indonesia, Singapore), but earlier this year in an interview with ARN, O’Keeffe said the distributor was also going to work hard to establish its position in the north, including China and Japan.

“To have good coverage in Asia, you need to be in about 14 countries across the region,” O’Keeffe said at the time. This strategy means Westcon will need to make acquisitions; O’Keeffe is looking at between three and five.

No stranger to acquisition, O ‘Keeffe also presided over the acquisition of one of the major New Zealand distributors, Datastor, late in 2009.

“I like distribution because it’s frenetic,” O‘Keeffe said. “It keeps you on your toes the whole time, and keeps you very busy. I like to be busy.”

Her love of working in a broad, regional role is also due to what O‘Keeffe calls a ‘privileged position.’ “It’s been a very good learning experience, actually,” she said.

“Working and living up here affords you a different perspective on the different markets. Instead of just dealing with your internal economies in Australia and New Zealand, you’re seeing a different view on what drives economies and what drives growth.

“As well as that you learn that people do things differently in different ways. It’s different in every country, and it affords you a very good kaleidoscope of experiences.

“Distribution affords you a very privileged position. You sit right in the middle of the entire channel, so you have very good perspective and visual of what’s happening in with resellers. And then you represent a group of vendors on the other side, so you’re sitting at a helicopter level, and are able to see what others might not if they’re working at one end. You see an enormous number of trends emerge, and you get an enormous amount of insight from that.”

Now based in Singapore, O‘Keeffe is working towards some substantial targets that she’s been given to achieve over the next two years through to 2015. After that? O‘Keeffe is not sure. While Westcon’s opportunities in emerging markets such as South America (especially Brazil), the Middle East and Africa are exciting, her personal dream is to work somewhere a little more traditional.

“I’ve always fancied the idea of living in Italy,” she said. “That’s one of my little dreams.”

“I like distribution because it’s frenetic, it keeps you on your toes the whole time, and keeps you very busy. I like to be busy."

Bridging the gap: how partners can secure a widening perimeter